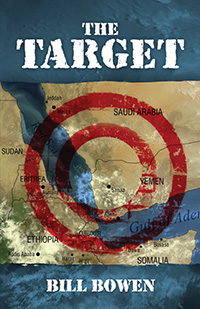 One moment the south Metra platform was filled with Chicagoland commuters rushing home for the evening, holiday shoppers descending for an adventure on Michigan Avenue, theatergoers, and clubbers. The next - as the bomb blast between two parked engines ricocheted off of the station wall and channeled down the loading platform - it was Dante's seventh circle, Picasso's Guernica. Transformation and disaster, personal and communal.

Bill Bowen holds degrees in foreign affairs from the United States Air Force Academy and Georgetown University. He has served in military intelligence and in the Office of the Assistant Secretary of Defense for International Security Affairs … at the intersection of the Joint Chiefs of Staff, the State Department, the Central Intelligence Agency, and the President’s National Security Advisor.

Bowen lives in San Francisco with his wife, Sue, where he enjoys the political theater of local and state government and shares his thoughts at www.RightinSanFrancisco.com.