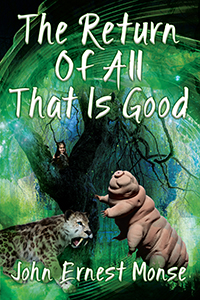 The Return Of All That Is Good follows our hero, Banta Algthrop, from another universe where his people matured enough to be pulled into the service of the Mighty Spirit. They are transported to planet Earth becoming our constant companions and protectors without us ever knowing. We read about Banta’s and his companion’s constant watchfulness from an ancient time when people lived around campfires, on to a place where families settled a new country and finishing his service when the King of All steps upon this planet to continue His work into the next age. Banta Algthrop’s people are an energetic, strong force within the creation who have spiritually grown enough so they can now stand as helpers of the Most High. These beings have only just become known to us recently as Water Bears, or Tardigrades, that seem almost indestructible as they live their lives among us for an unknown purpose. 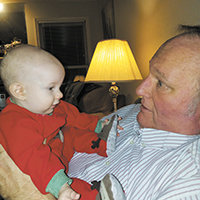 I grew up in Davenport Center, NY. I had numerous poems entered in my high school’s Cóllage publication and one poem published in college. Marriage and three children followed. Completing this book after years of pecking away whenever I could find the time, is one of my most rewarding accomplishments.