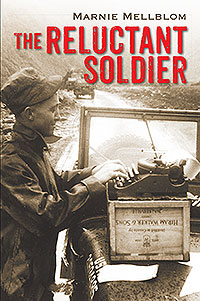 The Reluctant Soldier spotlights the “forgotten war” - Korea, in hundreds of letters written by Neil Mellblom, an Army combat reporter with the Pacific Stars & Stripes and the Third Division’s Public Information Office, the United Nations sanctioned police action comes to life. Neil received the Bronze Star for “aggressive reporting” which made the division one of the best known of the Korean war. It may be the definitive book on a soldier’s life in wartime. Funny, yet deeply moving, it records Neil’s growth from a cocky Montanan to a seasoned adult.

Reviewed by Ray Simmons for Readers' Favorite When I was a boy, World War II and the Korean war seemed closer. They were something that had just happened and it wasn't that difficult to find someone who had served in them, though getting them to talk about it was sometimes a bit more difficult to do. Now those conflicts seem very much a part of the past. The closest you can get to them is in the movies and they seem no more real than dinosaurs or aliens. If you want a closer look at the life and thoughts of an American soldier during the Korean war, read The Reluctant Soldier by Marnie Mellblom. This is about as personal as it gets. The Reluctant Soldier captures the feeling of that time much better than a movie does. It seems we are inside the characters’ heads and this can be priceless. I liked The Reluctant Soldier on so many different levels. The characters are interesting. The plot is straightforward and it’s easy to follow the story line. Most of the places mentioned, like Japan, Korea, and Pennsylvania, are places I have lived in or visited, and to my delight Marnie Mellblom got them right. More than anything else, the writing is good in The Reluctant Soldier. The descriptions of army life are dead on. It would seem that some things never change. Most of The Reluctant Soldier is told through the device of letters from Neal to his girlfriend and that seems an appropriate way to tell a soldier’s story. It certainly worked for me. 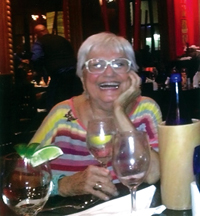 Marnie Mellblom was born in Tientsin, China, and grew up on Army posts in the United States, the Territory of Hawaii and Trinidad, BWI. As a pre-World War II Army brat, she and her sister Jackie had many adventures from climbing Diamond Head to teaching a new recruit how to drill his platoon. She also includes stories of her father’s experiences in the war and her responses to Neil’s letters. She currently lives in Coconut Creek, Florida, with her yellow tiger-strip tomcat, Fred.