The Pursuit of Wisdom

A Chronological Inquiry of the World's Most Influential Seekers of Wisdom In the Fields of Theology, Philosophy and Science 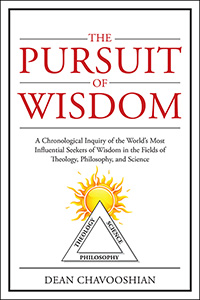 The Pursuit of Wisdom

A Chronological Inquiry of the World's Most Influential Seekers of Wisdom In the Fields of Theology, Philosophy and Science

THE AUTHOR ON THE PURSUIT OF WISDOM: Like many, I have given the origin and meaning of life a great deal of thought in an effort to live it fully—with grace and intelligence. In the process, I discovered that theological/philosophical discussions on reality are empty without the consideration of scientific inquiry as they inform each other on the nature of human existence. We can benefit immensely from the great minds chronicled in this book that have dramatically changed the world and helped man imagine himself in it—leading to one’s own self-discovery. DISCOVER: In Theology (1) Is the soul immortal? Is reincarnation possible? (2) Islam’s holiest shrine in Mecca was built by the founding father of the Jewish nation. (3) How one man uprooted 1500 years of Roman Catholic domination with a simple document. In Philosophy (1) Is the world pre-determined with orderly harmony or governed by man’s free will? (2) Is knowledge gained solely from experience and reasoning—or is it innate? (3) How the self-awareness of existentialism allows one to live an authentic life. (4) How 9th century Muslim scholars contributed to the foundation of modern civilization. In Science (1) What makes all physical matter stable? How does matter reproduce itself? (2) Isaac Newton described gravity’s effect, but it was Einstein who showed how it originated. (3) Did man evolve or was he created? (4) The search for a unifying theoretical basis of all the sciences.

PREFACE: Our world, rich with thought and progress, has accorded mankind a sacred existence full of amazement and wonder. From the beginning of recorded time man’s universe has evolved as an ever-changing microcosm of the great eternal unknown – constantly proliferating with new discoveries that question, alter, mold and define man’s sense of knowledge and being. As man unearths the mysteries of life we continue to get closer to understanding its meaning, its structure and our place in it - giving us the opportunity to live life more purposefully. For centuries, questions concerned with the significance of man’s existence and the nature of our reality have been examined by the three fields of Theology, Philosophy, and Science – Theology and Philosophy asking the question “why,” Science asking the question “how.” Although their approaches are dissimilar, all three areas of study campaign against skepticism in the search for answers and inform each other: Theology serving as the devout study of spirituality, morality and divine thought as it relates to our lives; Philosophy serving as the study of the fundamental nature of knowledge, reality and existence, through investigations based on reason and logic; and the study of Science pursuing knowledge through empirical evidence of perceptible phenomena in the universe which is systematically measurable and proven by observation and experimentation. Philosophical theories give way to theological concepts which in turn stimulate scientific discourse. All three disciplines are intertwined in their respective attempts to understand the reality of human existence. They are not antagonistic; they are complementary. As Albert Einstein wrote, “Though religion may be that which determines the goal, it has, nevertheless, learned from science, in the broadest sense, what means will contribute to the attainment of the goals it has set up. But science can only be created by those who are thoroughly imbued with the aspiration toward truth and understanding. This source of feeling, however, springs from the sphere of religion…I cannot conceive of a genuine scientist without that profound faith. The situation may be expressed by an image: Science without religion is lame, religion without science is blind.” (Einstein, Science and Religion). Why should we be concerned with intellectual investigations and their meaning? Why challenge ourselves with difficult quests, when life as we know it is lived but in a fleeting moment of time? The answer lies in the aspiration man has for rational knowledge of truth and understanding, yearning to clarify the ultimate goal: how to meaningfully conduct oneself in this world, grasp the significance of its essence, and ensure a fruitful future. Over the centuries we have been witness to transformational changes that have altered the way we think and live. The chapters in The Pursuit of Wisdom are dedicated to heroic individuals throughout history who have attempted to de-mystify the unknown in the secular world of Science and the venerable worlds of Philosophy and Theology. Their vision has transcended what we have been taught, what we have read, and what we thought we knew. Chronicled in the pages are the essential discoveries each sought, found, and shared with mankind. A common nexus of thought among these visionary seekers of wisdom was their expansive thinking, rebuke of the scornful, and the courage to distrust convention and its yoke of conformity. In the effort to find happiness and a richer meaning to our existence, we can expect to live life more fully when we apply the world’s collected wisdom to our personal growth. How would the world have prospered if the brilliant mind of Copernicus had not courageously upended two thousand years of protocol with his discovery that the Sun, not the Earth, was the center of our universe? His wisdom, along with the wisdom of others presented in this book, has provided mankind with the knowledge and thoughtful inspiration to help frame our own understanding of life’s secrets – allowing us to learn how to live life most deeply and most sincerely. History, illuminated, points to the future. 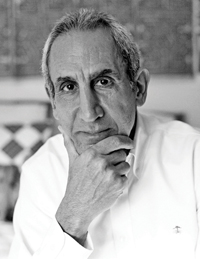 After earning a degree in Theology/Philosophy, I followed what appeared to be a foreordained path to study architecture. I received a Master’s Degree in Architecture and harnessed a thirty- year profession in the field of real estate development. My position in prominent New York architectural firms and with international real estate developers resulted in the successful design, development and construction of over 25 million square feet worldwide. I continue to passionately pursue a multi-layered life that includes philanthropy, sport, and academics: as the head of the venerable Village Temple Soup Kitchen in New York City since 1999, an ardent fly fisher for trout, a certified United States Professional Tennis Association (USPTA) teaching pro and high school tennis coach, and an author who continues a quest for knowledge and an elevated understanding of human existence. My life in New York City, with my wife of 36 years and adult daughter, continues to be filled with great majesty.