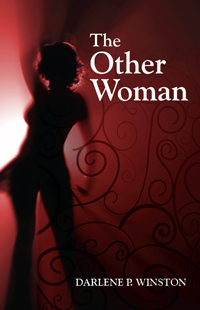 What Do You Do When The Other Woman Is Who You Least Expect?

Krys Harriston has what every girl wants—a good job, a handsome, hardworking husband, beautiful kids, and a loving home...everything that makes her happy. But there’s another woman trying to break up her marriage, and this is one woman Krys may not be able to compete with.

Her husband, Cameron, never imagined that the one person who could love him unconditionally is the very one causing his world to come crashing down around him.

Does he have enough strength to fight the evil forces and save his marriage, or will he allow it to slip away?

“Okay,Cameron,” she said barely above a whisper, “You deal with it your way. But you’re going to have to deal with it alone because I’m not taking this shit.”

He looked up at her. “Are you leaving?”

She got up to go to the bathroom. “You heard me, I’m tired of feeling like a stranger in my own home. Get your shit and get out!” With that she slammed the bathroom door.

Cameron sat in the chair not moving. He couldn’t believe Krys had just ordered him to move out of his home.

Finally he got up and followed her into the bathroom. He stopped beside her as she stood brushing her teeth.

“What good will my moving out do?” What about the kids?” He asked as he stepped back to lean against the door jam.

She looked over at him as she leaned over the sink to rinse her mouth. Lord where is my husband, because this specimen standing before me sure isn’t the one I married, she thought as she reached for a towel. She wiped her mouth and continued to eye him. She stepped around him and walked out of the bathroom and got in the bed.

Cameron stood in the bathroom door. “Krys I asked you a question.”

“Damn it Cameron, the good it’ll do is I’ll have a piece of mind. And as for the kids they will be just fine. You can come by to pick them up and spend as much time with them as you want.”

"And what will this do to them?”

“What will your staying do to or for them Cameron? Do you think that they haven’t noticed the difference in us?” She started to cry again, Damn it, the tears just keep coming, she thought. “What do you think that is doing to them?”

He moved over to her and tried to wrap his arm around her. She held up her hand to stop him. “Don’t.”

“Me too, Cameron.” At that moment she contained the tears and all hell broke loose. “But you know what? Sorry, doesn’t fucking help the way I’ve been feeling these past few weeks!” She wiped at the tears that continued to fall no matter how hard she willed them not to. “Sorry, doesn’t excuse your actions toward me.Sorry, doesn’t make me want to stay with your sorry ass after you swore to me that you’d forsake all others for me. Sorry, hasn’t wrapped an arm around me at night nor has it given me an orgasm. Sorry, sure as hell doesn’t make me think that you deserve my love after the way you’ve been treating me. Well, guess what? I’m sorry too Cameron, sorry that I’ve put up with your mother’s shit just to save face with you. Maybe if I’d told her ass off the very first time she looked down her nose at me we wouldn’t be in this mess. I’m just so fucking sorry to have to put your ass out, but you know what? You’ve got to go. And when you realize that your mother can only be your mother and not your lover and friend then you let me know what you’ve decided to do about this situation.”

She paused long enough to draw breath into her lungs. This time she spoke more calmly, “So Cameron, I say again, get your shit and get out.”

He stood shocked that she’d spoken to him in such a manner and for the first time in months he realized how selfish he’d been. He comprehended just how much he’d hurt her and possibly destroyed his own marriage. Not because of anything either of them had done, but because of his mother.

Judging by the look on Krys’ face, he’d screwed up royally.

“Okay Krys, I’ll leave for the night. I’ll be back when you’ve calmed down,” he said as he grabbed his shirt off the chair.

“No, Cameron that isn’t good enough. I want you gone tonight and the next one too. As many nights as it will take for you to realize where your loyalty lies.”

“What will I tell the kids?” he asked while putting on his shirt.

“I don’t know, tell them you’re going away for a while, I don’t care, tell them the truth.”

“Yeah, that you’ve been a real asshole and that their mother refuses to put up with your bullshit any longer. Tell them you aren’t sure how long you will be gone. Tell them whatever you feel is appropriate, but don’t you dare make me out to be the bad guy.”

Knowing that she was telling the truth he felt it was no need to debate the issue either way. “It’s late. I’ll come by in the morning and explain it to them.”

Darlene Winston was raised in Waverly, Virginia. She is an avid reader and spent much of her adolescence at the local library, where she got excited about books and the power of words. She earned a B.S. in Business Administration from Virginia Union University in Richmond, and years later she returned to school for a master’s in Business with a concentration in Information Technology Management from Touro University International.

Currently Darlene resides in Chester, Virginia, with her husband, son, and their dog, and she has a daughter in college. Darlene loves to bowl and travel, and she loves spending time with her husband and two kids when their busy schedules permit.

She works full time for a large insurance company, where she also gets to write. 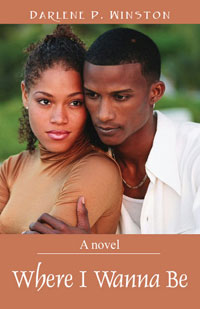 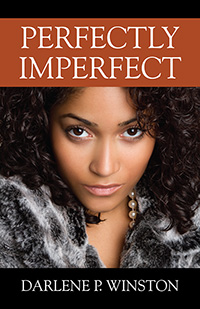