The Other Side of Nam 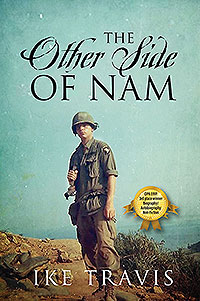 The Other Side of Nam

An unusual Vietnam War story, based on True Events . . .

Many stories have been written about the Vietnam War. This story is not meant to point fingers or judge; it is a story of events that happened to me, starting in 1968.

War is hell is an understatement! Kenny knew something was wrong as his best friend tripped a wire. For a couple of seconds, they just stared at each other. It was as if his friend were saying goodbye. Even though it was only seconds, it lasted so long! Then came the explosion! His friend put his back against the mortar on the tree and took the entire load. Kenny flew backward about ten feet and thought he was dying as he was covered in so much blood and body parts. As it turned out, it was his friend who just saved his life. Kenny went into a state of shock and had to be flown out to a field hospital for observation. After a week, he was sent back into combat. A letter from Mom stated that my aunt was worried Kenny was losing his will to live. When I heard this, I knew that I had to get Kenny out of the fighting for a week to rest up and give him a reason to live again. To do this, I needed to make up fake orders as I had done before—but nothing to this extreme! 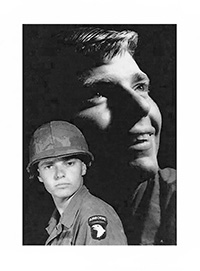 Ike is a retired sales executive from the hospitality industry and author of The Other Side of Nam. He has traveled extensively, including back to Vietnam. When not traveling, he enjoys walking the beaches in Brookings, Oregon, not far from his home, photography, and writing.