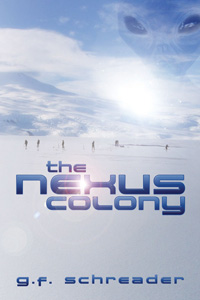 The colony... it was an unexpected connection to mankind's past.

Antarctica. Beneath eternal ice, mysteries humans cannot yet imagine. When a U.S. scientific research team discovers strange artifacts out on the ice fields, the government's investigation leads to an ancient alien colony buried deep below, long abandoned. Or so it seemed. The tenants, however, had not yet deemed humankind ready for such a discovery.

... It was so dark inside that the beam illuminated very little, swallowed by the blackness until it completely vanished somewhere far into the interior.
"Reach inside the entrance," Grimes whispered. "See if it triggers a lighting change."
Abbott gestured for Lisk to move away, waddling forward from his squatting position. At the threshold leading into the chamber, he reached in.
Grimes was right. Slowly, gradually, the chamber became bathed in the soft, bluish light, just enough that images began to emerge and take form. The shapes were not familiar ones.
"My God..." Almhouse whispered, terrified. "What have we stumbled upon?"

G. F. Schreader has had a life long interest in the UFO phenomena, supports private research, and advocates full government disclosure. As a former Vietnam-era air force intelligence specialist and flyer, his knowledge of how government security agencies react to threats is pivotal to his fictional accounts of alien presence on our planet. He is currently finishing a career as a professional safety officer, and lives privately with his family in southeastern Pennslyvania. The Nexus Colony is the first in a series of alien sic-fi thrillers, with other works to follow. 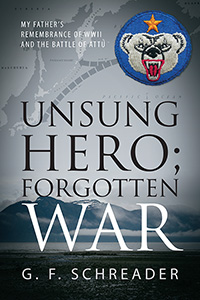 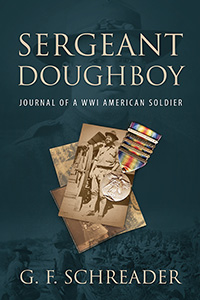 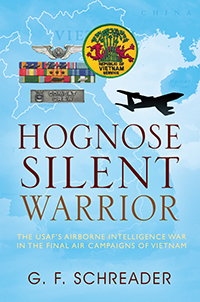