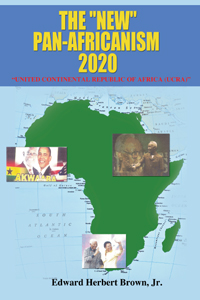 With the Pan African efforts of the 18th and 19th centuries as a backdrop, the New Pan Africanism 2020 stands on the shoulders of the 52 African nations that waged successful struggles for political independence in the second half of the 20th century to present. It identifies a critical path for the political unification of the African Continent in our lifetime. This is an idea whose time has come and this book is a call for action.

“Brown’s book developed out of the crucible of experience and struggle. This work provides important details on the luminaries of the Pan African movement, including Garvey, Du Bois, Nkrumah, Padmore, Malcolm X, among others who emphasized that unity is a necessity for the development and advancement of Africa and of people of African descent. In describing the formation and development of the principles of Pan Africanism, the author provides fresh details on the relationship forged between continental Africans and Diasporan Africans. Equally significant, this work highlights the main processes in Africa and in the Diaspora that pose challenges for the fulfillment of the ideas of Pan Africanism. A key feature of this work is the promise of youths in forging the context for the development and advancement of the principles of Pan Africanism.” Dr. Marcia E. Sutherland, Chair, Department of Africana Studies, University at Albany

“This book is so amazing! I loved it. There was so much insight in it and so many things that I was not aware of. I was really inspired by our rich heritage and our great potential as African people. This book made me see all the wonderful dreams our African leaders had for us in the past and what can become of us in the future if we, the youth of today, can embrace their pan African vision. If our generation can take up the dreams of our great leaders, and make them part of our own, we will be sure of building a great continental African nation for ourselves and the next generations to come. I am so grateful to you for this book. I am hoping to capture all its knowledge and share it with all of my friends, classmates and other students.” Rabi Amanda Farouk, 24 year old student, from Ghana, West Africa 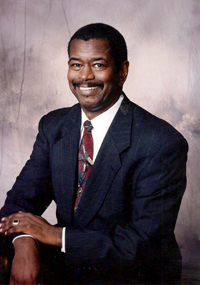