The Making of a Spy In the Sky

A Story of a World War II Pilot 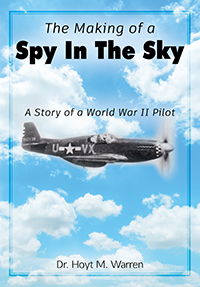 The Making of a Spy In the Sky

A Story of a World War II Pilot

From inexperienced young man to a World War II pilot.

This is a gripping story of Hoyt Warren as he is transformed into a skilled and highly accomplished U.S. World War II pilot. This book takes you through the many decisions made by a young man as he trains to serve his country. You are taken into Cadet Warren’s training from boot camp through rigid physicals; from being accepted into pilot training to the joys and failures of learning to fly solo; from the friendships made to the sadness of losing friends when in combat. Dr. Warren uses the first person to make you a part of the action, into what he is thinking, how he continued to have faith in his ability in combat. He continuously praises his comrades for their bravery and abilities. This story is heartfelt and compelling. You will be rooting for Hoyt Warren from start to finish. 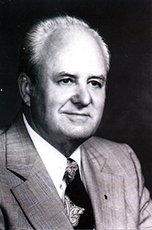 Hoyt Mitchell Warren was born April 22, 1917 in Hackneyville, Alabama. He graduated from Alabama Polytechnic Institute (later Auburn University) in 1939 with a bachelor’s degree in Agricultural Education. He later received a master’s degree and doctorate in Agricultural Administration from Cornell University. Similar to many others of the “Greatest Generation”, Hoyt M. Warren volunteered and was accepted into the United States Army Air Corps as an Aviation Cadet in 1942. He served as a P-51 “Mustang” pilot with the 109th Tactical Reconnaissance Squadron, flying 77 combat missions, earning the Distinguished Flying Cross for his efforts in helping stop the German Army’s advance across the Seine River at the “Falaise Gap”. He also earned the Air Medal with fourteen Oak Leaf Clusters, the European Campaign Ribbon with four battle stars, a Presidential Unit Citation, and the World War II Victory Medal. In 1982 he authored “Spy in the Sky” which described his service as a World War II P-51 pilot. The popularity of this book has warranted four printings.