The 411 on Bullying, Gangs, Drugs and Jail

The Formula for Staying in School and Out of Jail 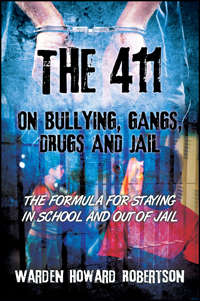 The 411 on Bullying, Gangs, Drugs and Jail

The Formula for Staying in School and Out of Jail

Over two million people are currently incarcerated in this country. Don’t become one of them.

Warden Howard Robertson grew up in Queens, New York, surrounded by drug dealers and hustlers. The inmates at Riker’s Island under his custody wondered how a guy from the hood could become a Warden. The Warden wondered how so many of his homies could grow up to become inmates. His theory was simple: If you emulate the actions of an individual who went to jail, you will get the same result. If you flip the script and do the opposite, you’ll find success. Riker’s Island became his laboratory, and over the next 20-plus years, he developed a formula for how to stay out of jail, in school, and on the right path. Using real-life examples and personal experiences, Warden Robertson de-glorifies jail and talks frankly about the negative aspects of being incarcerated and the perils of gang banging, drugs, bullying, dropping out of school, and associating with the wrong crowd. He draws on his own experiences growing up in a drug-infested neighborhood and from his many years of observation and interaction with the inmates of Riker’s Island. Prior to his retirement, Warden Robertson had care, custody, and control over New York’s most notorious drug kingpins, murderers, and gang members. His focus is now on keeping young people out of gangs, away from drugs, in school, and motivating them to become successful. To bring Warden Robertson to your school or organization for a speaking engagement log onto www.airtightsolutions411.com 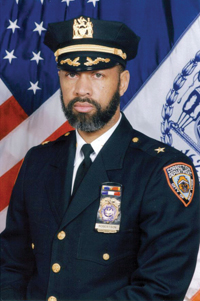 Warden Howard Robertson spent over 20 years working on Riker’s Island, the largest detention complex in the country. He began as a C.O. and worked his way up to warden, specializing in security and rehabilitation. Warden Robertson received the prestigious Commissioners award for implementing a number of programs and security initiatives that significantly reduced the violence at the Adolescent Detention Jail on Riker’s Island. He authored numerous institutional orders on rehabilitation and security issues, and lectured on these subjects at the department’s training academy. Warden Robertson received his undergraduate degree from Virginia Commonwealth University in Richmond, Virginia. He attended graduate school at Long Island University and received a Master of Science degree in education.