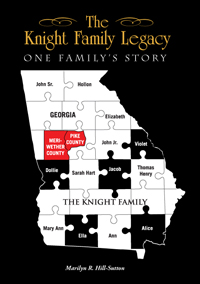 A Remarkable Story of Slavery,

Forbidden Love, and the Decision that Forever Changed a Family

In 1886, Maj. John Knight Jr.—a White plantation owner, attorney, and decorated Confederate Civil War veteran—summoned five witnesses to his deathbed. There, he did something extraordinary: He bequeathed his estate to his former slaves.

What followed is an incredible true-life story of courage, love, epic legal battles, and one remarkable turnabout: only years after being in bondage, Knight’s former slaves and their descendants entered the plantation house as masters of their domain—and their future.

Meticulously researched, The Knight Family Legacy: One Family’s Story, gives an eye-opening glimpse into the complex, often contradictory life story of Knight and those around him—a world where the gray areas crowd out black and white. Marilyn R. Hill-Sutton traces the facts through court records, countless historical documents, numerous courthouse and cemetery visits, and endless interviews with family members—many of which are reprinted here.

The candid account that emerges reveals the Knight family’s slave-owning history; Maj. Knight’s valor during the Civil War; the forbidden union between him and his mulatto slave, Violet Knight; his decision to leave the estate to Violet and their children; an unprecedented court battle for control of the Knight estate by heirs; and son Jacob C. Knight’s courageous efforts to ensure his father’s deathbed wishes were carried out.

Ambitious in scope and far-reaching in conclusions, The Knight Family Legacy is a must-read for Civil War buffs, slavery, social, and cultural historians, genealogists and family history enthusiasts, and anyone with a genuine love for history and the implicit, although complex, and, often contradictory, human interactions of a foregone era.

It seems each of us have an innate desire within that is kindled and comes alive when we are given the opportunity to know our family history. Too often, African Americans have been told there is what can only be described as an invisible “brick wall,” which prevents tracing one’s family history prior to slavery.

This book has been written to give one account of an African American family who were the direct descendants of their slave master’s son and subsequent owner, John Knight [Jr.]. On his deathbed, John Knight [Jr.] deliberately and painstakingly uttered a Nuncupative or Verbal Will in the presence of five witnesses. While he had living siblings with descendants he would, in his Nuncupative Will, specifically name as heirs the family he had fathered with Violet Knight, one of the Knight family’s slaves. This story will detail his life as well as the lives of his mulatto offspring, and the court battle that ensued for control of his estate and its assets.

While John Knight was away at war, President Abraham Lincoln signed the Emancipation Proclamation, which freed all slaves in the Confederate States as of January 1, 1863. John would return home knowing he had given his all to support and preserve states’ rights, the institution of slavery, and the Confederate States of America’s right to maintain their autonomy by seceding from the Union. John was going home disabled for “the cause,” and he took with him, the heroic and sometimes ghastly, but, vivid memories only war can reveal. The war, and, its inescapable memories was now a part of the fabric that defined him as a man…and its resounding clamor would forever be entwined in his heart and mind.

The Civil War did not end; however, until General Robert E. Lee surrendered to Major General Ulysses S. Grant at Appomattox Courthouse. General Lee has been quoted as saying, “there is nothing left for me to do but go see General Grant, and I would rather die a thousand deaths.” The Civil War made its mark as the bloodiest war in the history of the United States. In the wake of this dreadful war an estimated 620,000 men lost their lives.

Major Knight was gone, but he was a very wealthy man, and money, or the love of it, became a driving force for a number of associates, friends, and loved ones left behind. Major Knight’s death set off a flood of activity in the Georgia Court System, and while the estate’s administration and the Nuncupative Will were points of contention, creditors and lawsuits came from far and wide. The court challenges leading up to, and, ending in, the actual settlement of Major Knight’s estate will be the primary focus in the upcoming chapters. 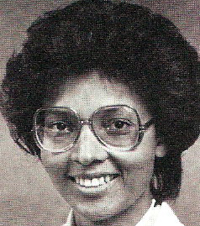 Marilyn R. Hill-Sutton is the wife of Joseph Sutton, a Knight family descendant. After a career in the insurance and healthcare industries, she embarked on a journey to research and document the stories that have been passed down by ancestors through word-of-mouth for more than a century. Her love for history, and her husband’s family legacy, was the driving force behind the quest to trace the family’s trajectory from the scourge of slavery through their many immeasurable triumphs.