The Journey of Markus Orbach 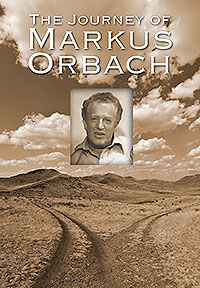 The Journey of Markus Orbach

Accused by his schoolmates of killing Jesus, by 1938 ten-year-old Markus Orbach had already endured years of bullying and beating by his anti-Semitic schoolmates in the tiny town of Zolynia, Poland, where he lived. In 1939 life got much worse. The Nazis invaded. Over the next five years, ninety percent of Poland’s three and a half million Jews were exterminated by the Nazis, including most of Markus’ greater family. He managed to escape to Russian territory, only to find himself shipped across a continent to a settlement camp deep in the wasteland of Siberia. There was no plumbing. There was no heat. There was no food. Through his persistent will, his refusal to succumb and his ingenuity for survival, Markus was able to take the briefest moments of opportunity fate mercifully provided him and turn them into support for his family in a war ravaged Berlin before finally arriving in America in 1949. His story is an important one, not only to his family, but to anyone seeking an example of humble fortitude in the face of an adversity few men will ever have to confront, let alone overcome. Markus’ story will shift any reader’s life into a new perspective.