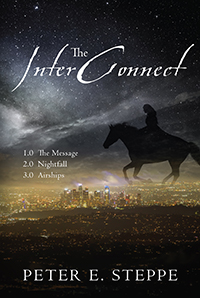 What happens in a control system?

In 2029, Los Angeles has become a self-driving-car-only cityscape run on artificial intelligence software, and over eleven million people within the gates of the Los Angeles cityscape perimeter ride in the backseat of algorithm-controlled vehicles.

While on assignment for his company, Hal finds himself in the rural West to solicit the help of a retired colleague due to a security breach for Fourpoints Security, which he is taking public. On his way to meet his colleague, Hal is caught in a massive snowstorm and crashes his car, and when he emerges from the snowpack, he’s on horseback in uncharted territory...

Back in the cityscapes, information security breaches continue to disrupt the automated self-driver transportation system, though few people notice. They do what the screens tell them to do.

Engineers furiously race to save the software systems behind the scenes, while Hal pushes further into the unknown wilderness he finds himself in. He’s spotted an intricate pattern along the trail that guides his way, and he intends to decode it. 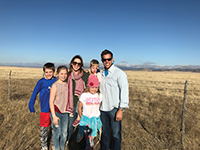 Peter is a businessman and entrepreneur, and he has formerly worked in both the investment banking and information security industries. Peter likes epic family expeditions, low-impact design development and biodiversity projects. He lives in Austin, Texas, with his wife and four kids. His favorite places to visit lie deep in the wildernesses of the interior U.S. West, if you can find them.