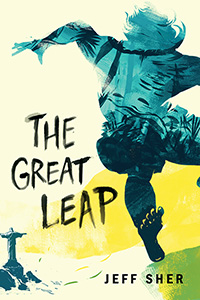 Mundu, an indigenous teenager from the Brazilian rainforest, is the best long jumper in the world—only no one knows it.

Mundu, an indigenous teenager from the Brazilian rainforest, is the best long jumper in the world - only no one knows it. That is, until idealistic botanist and power company scout Luis Moraes sees Mundu effortlessly launch himself across a wide stream. Luis convinces the power company to let him take Mundu to Rio de Janeiro to share his great gift with the world. But first Luis must gain the trust of Mundu’s mentor, the shaman of his village, who agrees to Luis’ plan without revealing that Mundu was marked at birth by Iara, goddess of the inland waters. Mundu quickly proves himself and becomes Brazil’s best hope for track and field gold at the summer Olympics coming to Rio in 2016. The power company hires Mundu as its corporate symbol, and together with Brazil’s Olympic organizers, they try to exploit Mundu’s popularity to gain support for the Olympics among Rio’s poor, who resent the excessive costs of hosting the Games while they suffer unreliable public transportation, inferior schools, and inadequate health care. But everyone’s plans for Mundu, including his own, are turned upside down when shortly before the Olympics begin, it leaks out that the power company plans to build the giant hydroelectric dam that will flood Mundu’s village. With the help of his friends and the timely intervention of the goddess, Mundu must carry out a daring plan to bring the plight of his people to the attention of the whole world. 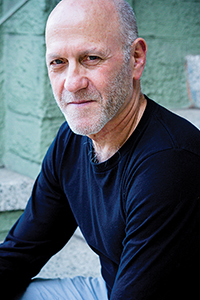 About the Author: After graduating from Stanford University, Jeff Sher wreaked his share of journalistic havoc in the northern Rocky Mountains for thirteen years, as a newspaper reporter specializing in the politics of timber and wilderness. The Great Leap is his debut novel.