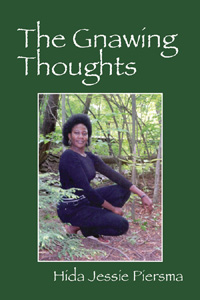 A Journey of War, Hope, and the Human Spirit

In this eye-opening and moving memoir, Hida Jessie Piersma provides a rare, first-person glimpse of growing up in Uganda during the regime of Idi Amin—and the incredible fortitude that gave her a fighting chance at a better life, in Europe and America.

Born in 1964 in Awach Division of Northern Uganda’s Gulu District—the African bush—Hida learns early the value of hard work and a good education. But the direction of her country threatens to ruin everything that she’s worked for as the rise of Amin and wars that follow take the lives of those around her. Hunger, a lack of medicine, ethnic hatred and daily indignities are the norm. Yet Hida’s story is not just one of the horrible deprivation and injustice that overtook Uganda. With help from her brother, Hida immigrates to Europe in the early 1990s, where she endeavors to improve her and her child’s lives. It’s a journey that ends up taking her to America, where the cultural adjustment continues as she enters school to become a nurse. Through it all, Hida is constantly focused on education and the future—and remembering and honoring the people, places and events that shaped her back in Africa.

Frank, poignant and in the end hopeful, The Gnawing Thoughts is one woman’s incredible story of inspiration and faith. And it’s a reminder to all of us about the unstoppable power of the human spirit.

Because the war was on, I was not able to go to the hospital, but nature worked its course. Even without a professional midwife’s assistance, I made it and so did my baby.

I had no relatives to come and help me and the school was closed. Lakot’s husband, Oto, came by, picked up a pail, and went to the well to fetch water to wash the baby and me.

My house was at the roadside, and only four days after I had the baby, the government army truck passed by; in fact the soldiers came to my house. I gave them some groundnuts and water to drink. They seemed to be nice, but after they left, just two miles away from my house, the rebels bombed them. Lakot and I had to run, fearing they would come to me because they saw the truck at my place. The roadside became very unsafe. You could not see any passerby. It was gloomy and empty everywhere with no signs of life, just dead bodies piled up at the roadside. No school, no market gathering. There was nothing but rebels sneaking around, or people running away in fear of the rebels and the government’s army.

In fact, a month later, the rebels followed me to where I took refuge. I was washing my baby in a blue basin in front of a grass thatch house, when I saw a bunch of sad, tall, skinny, lean-looking faces with red eyes poping out like pigeon eyes. They smelled of acetic not balsamic vinegar, a bitter smell, and they seemed to be looking for someone. I heard a voice say, “There she is,” and I saw them run toward me.

My heart leapt in pain and I said, “Goodness! This is a bad sign.”

One of them said, “Hey you, we have come to get you. Come with us right now.”

I asked them, “Why should I come with you guys and who are you?”

They said, “No asking questions.” One of them added, Affende (Swahili: the boss) wants you to come with us and help give injections to him when he is sick.”

I told them I was not a nurse. 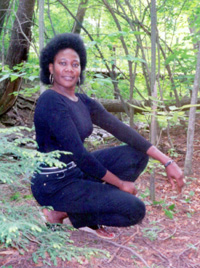 Hida Jessie Piersma is a nurse who has lived in Uganda, Italy and New York City. The Gnawing Thoughts is her first book.