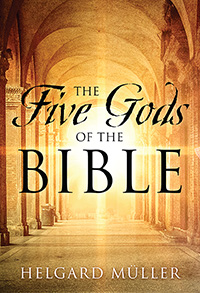 God in Heaven and the LORD on the Earth

This book will captivate you as soon as you begin to see the five Gods in the Bible. The Hebrew Bible is written in allegories to differentiate God in heaven from the LORD on the earth. Moses mentions God and the four different LORDS (Yahwehs) on earth in the book of Exodus. Jesus illustrates these five different deities in depth throughout His parables, and so do the prophets Daniel and Enoch, as well as the Psalms. Jesus gave several distinctions to differentiate the Son of God from the Son of Man, and that these two Sons have their own monarchy. The ancient writers of the Hebrew scriptures gave certain continuously characteristic clues to differentiate God in heaven from the LORD on earth--for instance, that God in heaven lives in His palace among women, whereas the LORD on the earth lives in His temple among men. Literally hundreds of scriptures throughout the Bible mentions the four different LORDS on the earth, whereas God is in heaven. As soon as you start studying the Torah, the five books of Moses, and all the prophets, you will see that the entire Bible is written in a secret royal language to explain the five Deities and their kingdoms. This book will challenge your views on and opinions about the Bible forever, and you will find that these scriptures are not actually religious texts per se, but that the Hebrew scriptures, in fact, explain in depth the five different Gods and the two main monarchies. 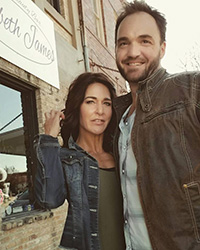 Helgard Müller grew up amid the majestic scenery surrounding a small town called Louis Trichardt, at the foothills of the Soutpansberg mountains in the Transvaal province of South Africa. As a young boy, he dreamed and had visions about the five Gods. His dreams and visions inspired him to write this book.