The Colors of Love

Treasured Wisdom on the Family 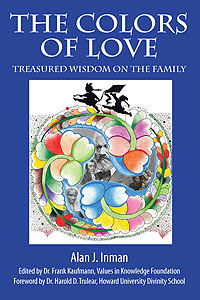 The Colors of Love

Treasured Wisdom on the Family

The Stories of Ancestors, the Lessons of Generations…the Wisdom of Love

The oral traditions of African people create a living matrix, an organic web of interconnections between past and present, allowing an immediacy of experience even of events long past. In The Colors of Love, Alan Inman explores golden nuggets of family wisdom passed down from the giants of history and from great men and women of the present day. In contemplating how these inspirations and directions have supported and illuminated his life, Alan remembers how love came into and colored his own life, through powerful family relationships. As Alan examines how the strengths and weaknesses of his own family colored his life and shaped his path, he shows us how the wisdom of the ages, the words and stories passed from generation to generation, can provide a solid foundation for a life well-lived, brilliant with all the colors of love. 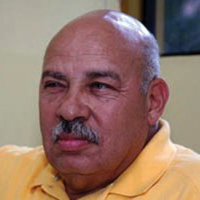 Alan Inman is a dedicated, hands-on organizational leader in the community, committed to restoring family and representing the highest values of integrity and fiscal responsibility in public life. As a trained accountant from an international firm and an operational consultant for a number of non-profit organizations, Mr. Inman developed a reputation for exceeding expectations in managing multiple grants with a number of federal, state, and local grants. Mr. Inman served as National Director for the Institute for Responsible Fatherhood, where he led the development of eight additional locations throughout the country, overseeing the implementation of a $3 million annual budget. Formerly, he served as Executive Director of Minority Alliance International, as a consultant to the City of New York, and as chairman of a New York City Community Planning Board. He has been a candidate for the New York State Assembly, and a Presidential appointee to the White House Domestic Advisory Council. He hosted his own talk show – Insight with Al Inman – for ten years. He is married and is the father of 2 and the grandfather of 2.