The Church of Jezebel 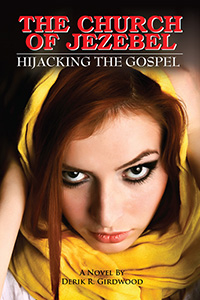 The Church of Jezebel

A Must-Read Novel for every Christian

Much has been written on the Jezebel spirit as it applies to individuals but what if a church builds its entire doctrine on it? This church has its own "trinity." It sells people the promise of receiving tremendous financial wealth, supernatural power and miracles. It is self-centered and not Christ-centered.

The Church of Jezebel, Hijacking the Gospel is a Christian suspense novel depicting the cult and counterfeit side of some churches and televangelists. This book unveils some false doctrines and manipulative techniques that often result in spiritual abuse, misplaced faith, and spiritual pride.

This Jezebel church has four major doctrines: 1) God needs us as much as we need Him, 2) by faith you will command both blessings and curses, 3) by faith your divine seed will grow to become as God, and 4) its members will have dominion and power over the entire earth.

The Church of Jezebel not only exposes spiritual/religious pride, false doctrines and spiritual abuse among its leaders but also enlightens readers through Scriptures from the Bible. The main character of the story is Christina, an eighteen-year-old who is excited about being admitted to Bible college. Although she is easily awed by the charismatic doctrinal and prophetic messages, there is an unmistakable sense of foreboding from the first page. Christina's college roommate is dating the pastor's son and becomes pregnant. Weeks later the Bible college announces that Christina's roommate committed suicide but a detective assigned to the death is convinced it was murder.

The gripping and gritty novel travels to Haiti on a missions' trip, where nothing is what it appears, and concludes with a surprise ending that shakes the highest levels of this mega-church, Bible college and Christian media empire.

The Church of Jezebel cites appropriate Scripture and examines the Jezebel spirit, false prophets, word-faith doctrine, the apostate church, faith healers, seed-faith giving, Christ-consciousness and other beliefs that are sold today by many popular televangelists and churches.

“We need only exercise the same faith as Enoch, Elijah and Jesus to overcome death and become as God. The divinity seed within us, when properly nurtured, is infallible and incapable of sin. We must only access our divine Christ-consciousness by tenacious faith to be set free from sin and dominate this earth. Therefore, it’s unnecessary and even destructive to our spirit to pray in the name of Jesus because it nullifies and mocks our own Christ-consciousness.

“The Jezebel spirit is rooted in self and rebels against true authority. It is a controlling spirit that craves recognition, power and adulation. Jezebel's war arsenal consists of intimidation, manipulation, fear, guilt, gifts that come with strings attached and, at times, physical force. Make no mistake, this toxic spirit is highly critical of others in authority, is abusive and its goal is to enslave. There is freedom in Jesus but not in Jezebel. 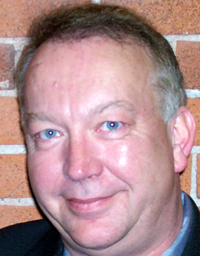 Derik R. Girdwood is an attorney in Michigan and his practice consists mostly of divorce and criminal defense. He is sixty years old and widowed with four adult children of whom he is very proud. His children encouraged him to write a book, and this second edition was inspired by Jackie Alnor’s book, The Fleecing of Christianity. This novel may just be a fun and thought-provoking read. The Web site for this book is www.churchofjezebel.com. Your comments are welcome.