The Candle of God 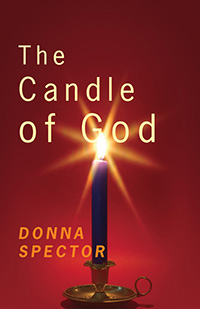 The Candle of God

Can faith healing save a dying boy

Donna Spector is a playwright, novelist and poet. Her plays have appeared Off Broadway, regionally and in Canada, Ireland and Greece. Her play Golden Ladder was published in Women Playwrights: The Best Plays of 2002 (Smith & Kraus) Winner of the Masters Poetry Prize and a member of Dramatists Guild and Poets & Writers, she received two National Endowment for the Humanities grants to study in Greece. Her poetry book, The Woman Who Married Herself, was published by Evening Street Press as a Sinclair Poetry Prize finalist. The Candle of God was nominated for the Pushcart Editors’ Book Award.