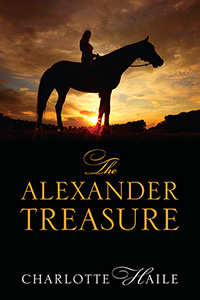 In 1942, Anna Morgan breaks a promise to her father and sets out on Napoleon, an untamed Arabian stallion who takes her on a wild ride to the Alexander plantation—a place forbidden to her because of a longstanding feud between the Morgan and Alexander families. Anna’s adventure leads to the discovery of a valuable pendant—part of a stolen treasure that André Alexander brought to Oakwood, Georgia, in the mid-1800s—as well as an encounter with the dashing young Justin Alexander. Despite the feud between their families, Anna and Justin find themselves drawn to each other. But they must keep their love secret, and their union will take them down a path of danger and suspense. Will the Alexander treasure and their families’ greed rip the lovers apart? Or will they find forgiveness and love? Find out in this romantic and suspenseful debut novel—a tale of lust, greed . . . and murder. 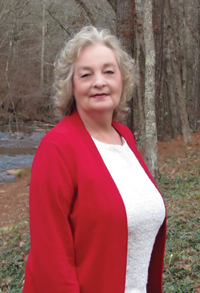 Charlotte Haile studied the arts at the Washington School of Art and creative writing at the University of Georgia. She has lived in the south all her life and enjoys sharing a good story. The Alexander Treasure is her first novel.