The Generations of AntiChrist

An Argument for the Sake of Heaven 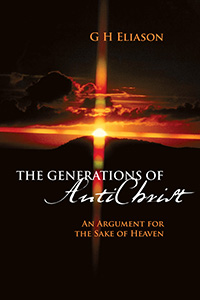 The Generations of AntiChrist

An Argument for the Sake of Heaven

The History of Antichrist

This book provides solid answers about the rise of the last world religion. It documents its inception and growth. It also opens up the histories of the three monotheistic faiths, and shows the people of the Gospels in history. Showing who they were, their writings, and their lives documented outside the Gospels such as Lazarus who arguably lived after his resurrection until he was 120 years old and was one of the most famous people of his day. First presenting arguments against current movements to change the faith, the author offers an exploded view of the times leading up to, during, and after the lives of the Apostles and how far and fast the Gospel changed an entire world. The tumultuous timeframe when opened up will shock and amaze you. Detailing the inception, development, and growth of the religion of Antichrist is shown historically for over 500 years. This book answers such questions as how can a man “become a god” and where does he gain the knowledge to bring his own image to life? How does he gain the world, and why does it follow him. In history and then real-time, the developments in religion, society, technology, and government are shown that catalyze the rise and advent of the Lawless One.

GH Eliason is first and foremost a follower of Jesus the Christ. He is farmer, construction worker and family man.