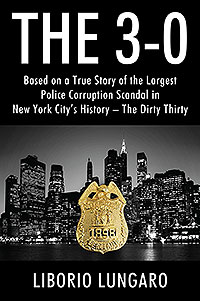 Based on actual events of the 30th Precinct in the New York City Police Department in the early 1990s, the West Harlem station was tagged by the press as the “Dirty Thirty,” where rogue cops ran rampant in the streets. This book reveals how the police and the city politicians handle the moral issues of corruption, crime and city politics, and how those in power managed their biggest fears; damaging their reputations and losing their power base.

In the early 1990s, a total of 33 police officers were led away in handcuffs from West Harlem’s scandal-ridden 30th Precinct, dubbed worldwide by the media and news agencies as the “Dirty Thirty.” These officers were arrested on corruption charges. Two sergeants were taken into custody as well, making this the first time in the New York City Police Department’s history that supervisors were implicated and proven that corruption runs higher than just the cop on the beat. One rogue team was under the umbrella of a questionable captain who was never brought up on charges. But should he have been? Was the televised otto a patsy? If so, who were the real ottos?

One supervisor who worked at the 30th Precinct, Sergeant Liborio Lungaro has the answers to all of these questions and more. He knew the politicians, the chief, and the questionable captain as well as the two corrupt sergeants. He also dealt with the Dirty Thirty cops, and he battled them all and at the same time protected his good cops from the bad. It was a constant tug of war of good versus evil—a constant cat and mouse game with the dirty sergeant and a questionable captain.

But the story of the “Dirty Thirty” is not just about police corruption. It’s the story of what happens when the social order collapses under the weight of politics, race, fear, drug cartels, illegal immigration, the rights of citizens, and the role of law enforcement to protect and serve. It is the story of the good guys going after the bad guys—of how officers react to investigating their own, discovering corruption among their own, and arresting their own—in the biggest, most diverse city in the country. Ultimately, it is the story of a political time bomb that no one wanted to touch.

The names have been changed for this story, not because I had to, but because I didn’t feel thugs with guns should be acknowledged. In addition, I didn’t want the officers who were a victim of circumstance due to overzealous government officials and caught up in a numbers game to relive their nightmare. 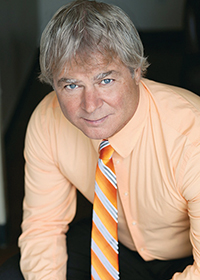 Liborio Lungaro is a veteran decorated NYPD cop with twenty years of service. He received many community awards to go along with his many NYPD’s accolades. Since leaving the NYPD he has blended his lifelong passion for writing and his life experience to create a fascinating story based on true events. A former Sergeant and Detective in the NYPD he brings his investigative expertise to the forefront, giving you compelling characters that are real, not fictional. He and his family reside in Los Angeles but travel back and forth to New York where most of their family reside. The 3-0: Based on a True Story of the Largest Police Corruption Scandal in New York City’s History – The Dirty Thirty is the first of its kind.