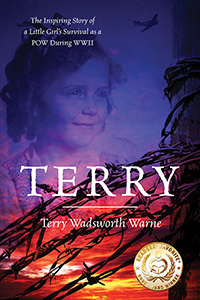 We surrendered. Now, we had to survive!

As a young child, Terry Wadsworth’s days were full of happiness and adventure. Her father grew pineapples in the rich, dark, soil on a remote plateau at the edge of the Philippine jungle, and life---like the golden pineapples—was sweet. She had a little pony and lived in a beautiful compound that the company had built. The only threats to her edenic life were the occasional cobra or python---that is, until a much fiercer enemy struck 5,000 miles away at Pearl Harbor. Within hours of the surprise attack in Hawaii, the Japanese military launched a similar assault on the Philippine Islands and began their campaign to overtake the American Protectorate, with Terry and her family on the dangerous battlefront. Soon the peaceful skies above their paradisiacal home were swarming with military war machines. General Douglas MacArthur and family, Philippine President Manuel Quezon and family, plus many other important people hid from the Japanese in Terry’s remote home as they secretly left the Philippines for Australia. As the fighting intensified, Terry’s family abandoned their home to hide in the dense mountain jungle and wait for an opportunity to escape to Australia. But when the Japanese pushed the American forces into retreat, Terry and her family found themselves with only one option. Surrender! This is a story of survival in spite of disease, starvation, and death’s beckoning. Terry’s unconquerable spirit as an eight-to eleven- year-old prisoner of war is a reminder that even in the most deplorable circumstances, life is what you make of it. Amazing! 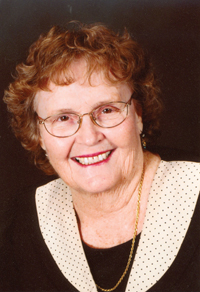 TERRY WADSWORTH WARNE drew on her childhood experiences as a prisoner of war to focus on helping children as an adult. Terry served as a foster parent for drug babies and abused, neglected children for 22 years in California. She received many awards in recognition of her service. In Utah, Governor Michael Leavitt presented her with a Mother of the Year Award. She was active in Scouting for 25 years and is a Silver Beaver. Terry currently lives in South Jordan, Utah.