I was a dancer a memoir

by as told to Louise Brass 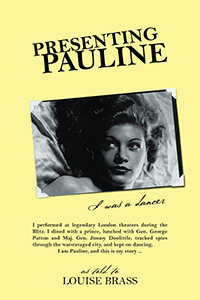 I was a dancer a memoir

by as told to Louise Brass

Pauline Fraser was a courageous young review artist and tap dancer—never missing a beat as she braved the dangers of the London Blitz.

Presenting Pauline is the story of one young woman’s courage as she witnessed her world slipping into a very dangerous era. She set out to be a tap dancer on the London stage, never dreaming that she would cross paths with some of the greatest military leaders of World War II, and many of Hollywood’s most brilliant stars. Most of all, Pauline never imagined that as a young review artist she would be tracking spies through the terrifying dark nights of the London Blitz. Being a real trooper, she kept her sense of humor. She never lost faith that she would survive, even as the city was crumbling around her! In 1945, she was swept off her feet by a handsome U.S. Army Air Force officer, and came to the United States on the first war brides’ ship following WWII. The couple lived in Chicago, where Pauline founded a neighborhood dance school. She later directed and produced very successful musical shows with a community theater group.

One evening at the Cabaret Club, Mr. Murray came up to me before we started the show and posed a surprising question. “How much time did you spend in America?” he asked. I thought this question was a little bit odd. He had never really been interested before. “I was there for two years as a teenager. I went to school and saw the country—from a Greyhound bus,” I replied. He seemed satisfied with that answer. “I would like you to meet a gentleman who might be interested in talking to you,” he said. I didn’t think any more about it, until two or three weeks later, when Mr. Murray called me into his office. That’s when my life took a turn to the clandestine. “I’m going to take you to meet a gentleman. You can sit at his table and have coffee with him. I want you to tell him about your experiences in America,” he said. I was curious, so I agreed. He introduced me to an elderly English man. He was tall and gray-haired, and he was very charming. I believed Mr. Murray to be always very protective and straightforward about things—like who to mingle with, and who to avoid—so I knew he wouldn’t send me to meet someone inappropriate, or get involved with something that wasn’t right. The old gentleman invited me to sit at a table in the club and have coffee with him. If Mr. Murray approved, I thought to myself, “Then it should be all right to meet with this stranger.” We chatted for a while. Then my new acquaintance asked me a lot of questions about America—I wondered why. But still, because this was Mr. Murray’s arrangement, I answered his questions frankly and without any qualms. “I work for the government,” he explained. “You might be useful to us in some way.” He didn’t say which department he was with. I figured it was some sort of secret service agency, British intelligence, or an offshoot or something; perhaps it would be better not to ask. “There are people over here, in London, posing as Americans who have never been to the States. They are posing as such. Maybe you, having been there, could tell right away if they really are Americans or not,” he said. He explained that they may just be young people pretending to be Americans, or young men showing off, or they may have some more sinister ideas. They could be enemy spies. I thought, “Oh, what fun.” It never occurred to me that it might be dangerous. I never really gave espionage much thought, except when I went to see movies and when I had appeared in the Alfred Hitchcock film, Sabotage, when I was 12 years old. I didn’t want to think about what happens to people who get caught by the enemy in that kind of profession. So I pushed any thought of torture, hanging, or a firing squad to the back of my mind. We chatted some more and I told him I would like to help. Then I had to leave him to get ready for the next show. When we came out onto the floor and started performing, he was gone. 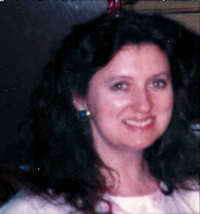 as told to Louise Brass

Louise Brass, biographer, is a prolific writer. She is the author of a detective miniseries, the creator of a children’s audio book, and the author of the history of one of the earliest Veterans of Foreign Wars posts. Louise is a former theater editor and columnist at SCREEN magazine. Originally from Great Britain, she now resides with her family in the U.S.A.

Also by as told to Louise Brass 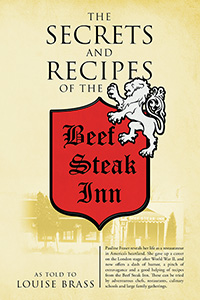