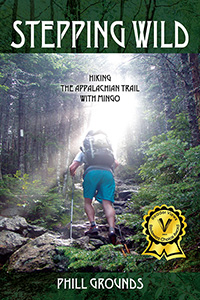 The decision to hike the Appalachian Trail came too easy. How hard could it be? Having more experience than most, who attempt the over two thousand mile hike, Phill decided to go for it. Little did he know, trouble was waiting for him. He did not hike to “find himself”, nor out of inspiration nor desperation. The five month journey tested his strength, endurance, courage and caused more pain than expected. How hard could it be? The answer to that is here in “STEPPING WILD”. What could go wrong, did! The experience was exhilarating and terrifying.

A hike, over two thousand miles, is filled with highs and lows, humor and grief, and obstacles that could break any man. The Appalachian Trail, a true American treasure, attracts thousands of hikers each year, like moths to a flame. Phill was drawn to that challenge. His troubles began before he ever saw the trail. With determination and grit, he made his way northbound from Georgia to Maine. New skill sets were acquired as Phill, trail name “Mingo”, faced dangerous situations and errors brought on by his own overconfidence. This was Mingo’s hike, one that should have never been possible. It was a hike that should not be forgotten. 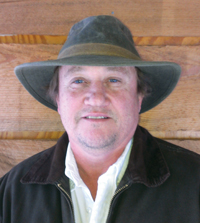 Phill Grounds took up the task of completing a thru hike of the Appalachian Trail. While taking the trail name “Mingo”, he experienced more than he could have ever imagined. Only with the support of friends and his wife, Deb, he was able to succeed in his quest.