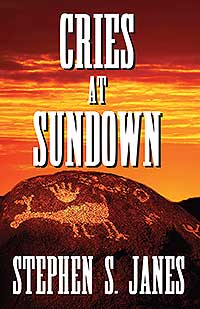 The “Discovery” of America

Long before Ferdinand and Isabella financed Columbus’ voyage across the sea, and tens of thousands of years before greedy Europe fought over the immense potential and wealth of a seemingly untouched continent, millions of indigenous people lived in diverse tribes and regions, with languages, customs, and vibrant cultures all their own. The towering edifice of American exceptionalism is built on a foundation of genocide, of native people killed by disease and war, forced from their homelands. Cries at Sundown immerses you in five interwoven tales across time and place, with a shining centerpiece telling the story of one woman who refuses to conveniently step aside for the conquerors. Epic, poetic, richly researched and deeply felt, Cries at Sundown asks each of us to examine the price of Western civilization, and calls for us to witness the injustices that have defined the growth of our country.

Stephen S. Janes earned his bachelor’s and law degrees from the University of Colorado, Boulder. He spent four years in the US Navy with the Naval Security Group, and then went on to twelve years with American College Testing in student financial services, where he had a significant role in the implementation of the Pell Grant Program. He went on to spend twenty-five years with the University of Texas at Austin, culminating in several years as Associate Vice President for Student Affairs, and fifteen years of teaching a law course in the College of Education. 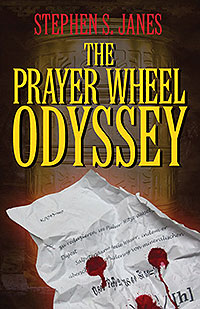