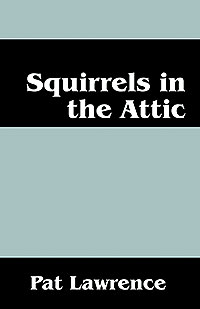 Lindsay Spencer, a free spirited, single woman in her late twenties, returns to her parents’ apartment after she’s in an auto accident for which her father, Charles Spencer, feels guilty of causing. Charles dotes on his only daughter, but her mother, Florence Spencer, is a more realistic critic of her daughter’s shortcomings. Florence, loving, but ordered, lofty, and patronizing, is dismayed to learn that her husband has invited Lindsay to live with them while she recuperates from the auto accident. When Florence learns that Lindsay’s boyfriend, Claude (an aspiring comedian), is also moving in with them, she is furious. Florence gives Charles an ultimatum: either he uninvites them or Florence is leaving him … for good! The side-splitting conflicts of lifestyles, living arrangements, and Florence’s “secret life” not only bring about a greater understanding between mother and daughter, but also lead to a hilarious conclusion.

Author ‘Pat Lawrence’ is actually husband and wife writing team of ‘Pat’ Adsit Burke and husband Daniel ‘Lawrence’ Burke – ergo: Pat Lawrence, pseudonym. They began their writing partnership in 2007 penning Murder Mysteries for their entertainment enterprise, “Murder by Design.” Next, they graduated to this two-act comedy stage play, “Squirrels in the Attic,” which enjoyed its debut performance to delighted audiences in 2009. In 2011 this writing duo began their novel writing career with back-to-back suspense thrillers. An Illegal President: A Novel follows on the heels of the suspense thriller Jarred into Being, published by these talented co-authors a year earlier. Pat and Daniel reside in Wisconsin where they dutifully serve as the staff to their two handsome English bulldogs, Diesel and Emmett. They describe the experience as Dogton Abbey, a canine version of Downton Abbey. For more information, visit the author’s website www.patlawrence.net 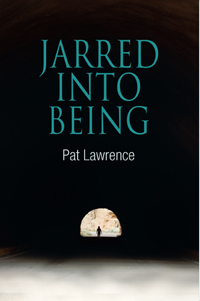