A Memoir of Family Dysfunction 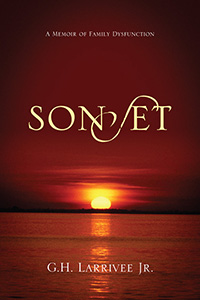 A Memoir of Family Dysfunction

IS IT POSSIBLE TO ACCEPT THE LOSS OF A LIVING SON?

He was my son until he stopped calling me Dad, quite a long time ago. I had been weighed, measured, and found to be wanting.

Gerry Larrivee comes from a difficult family. Despite the dysfunction that stretches back for generations—the “Larrivee Syndrome”—Gerry has managed to survive his childhood. But when he finds himself once again single with a son of his own, things get even more complicated.

Determined that his boy will not suffer the same abuse and neglect, Gerry attempts to create a blended family with his new wife and her ten-year-old son. But the two little boys who had been the joy of their singular lives join forces to create a strain on the marriage and Gerry’s relationship with his son steadily deteriorates over the years.

SonSet: A Memoir of Family Dysfunction explores the troubled relationship between father and son—and how hard it can be to finally let go. 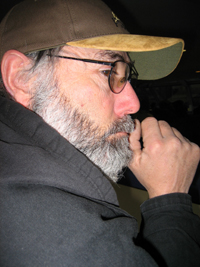 Mr. Larrivee is a retired fire department rescue company officer. He and his wife Carolyn left Rhode Island to live in the west many years ago. Currently they reside in Erda, Utah.

Visit my my blog: