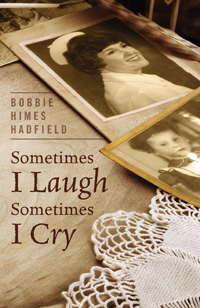 Born into meager means a very shy little girl was raised in southwest New Mexico. She met adversity at seemingly every turn but her inner determination and sense of survival against odds led her on an uphill struggle. She and her husband began raising a family at a very young age. Bobbie developed a sense of self worth early in life when she excelled rapidly in her piano lessons. Her music lessons brought about a sense that she had something of value to offer. A professional who has known Bobbie for several years says her story is no less than a miraculous sequence of events. He would say, “You will never believe this, but it’s all true!” When Bobbie was in her early thirties, a wife and mother of three teenagers, a friend coerced her into a business course at a community college. It was the factor that eventually led her into nurse training, her lifelong dream. With her strong will and tenacity she continued forth and became a Registered Nurse all the while wondering if she could actually perform at par; her insecurities were still ingrained in her persona. Her training was a very wise commitment of several years. She graduated at age thirty seven. Bobbie enjoyed a very successful nursing career rising to top management. Her passion for quality patient care and empathy for staff members were instrumental in bringing about a very diverse tenure in her professional field. Unfortunately Bobbie experienced a life changing injury while on the job in 2002 which ended her nursing career. Bobbie continues her study of music in the form of voice lessons. She sings in her church and performs elsewhere when able. She is a loyal friend to those who know her and is active in her community in numerous arenas. Bobbie is a story of survival and success and she is to be commended. Bobbie’s story is well written, very funny and at times surprisingly sad. It demonstrates the strong will she possesses in the very depths of her soul. Today you will find Bobbie and her husband, Fred, of fifty two years, living in Gastonia, North Carolina. Fred unknowingly plucked Bobbie from self destruction when he met her. He has always taken care of her and stands beside her when she needs someone to lean on. Their three adult children live nearby. Bobbie and Fred also have three adult grandchildren and one new great granddaughter.