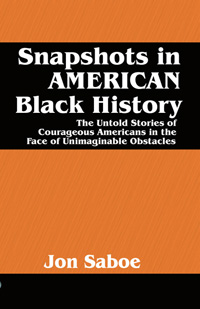 Everyone Knows That Jackie Robinson

Everyone Knows That Jackie Robinson Broke the Color Barrier in 1945!

These and many other snapshots, along with essays and bibliographies, can be found in Snapshots In AMERICAN Black History!

Elijah McCoy was born in 1841 to parents who were runaway slaves from Kentucky. They escaped into Canada, but after the Civil War, they relocated to Michigan.

Elijah grew up watching and loving trains, and eventually went to Scotland to get a degree in Mechanical Engineering. When he returned to the States, however, he could not get a job doing anything pertaining to his degree, so he was eventually hired as an oilman for a train line.

Trains at that time had to stop every 100 miles and get “re-oiled”. Elijah’s job was to get out and oil every moving part of the train so it could move another 100 miles. He thought, “There must be a way to oil the train while it is moving,” and he eventually designed a lubrication device that oiled the wheels and mechanical components without having to stop the train. He patented his invention, and soon made millions as train companies could now move products much faster and perishables could be shipped without spoiling.

Soon, competitors began to design their own lubricators, but the entire shipping industry soon dismissed anything that wasn’t the “Real McCoy”, because Elijah’s design was so superior.

The next time you hear the phrase “The Real McCoy”, remember where it came from.

Jon Saboe resides in Baltimore, MD with his lovely wife, Valory, where he works as a Network Administrator and Web Developer for a medical company.

He received his Masters Degree from Johns Hopkins University, and currently attends church at Greater Grace in Baltimore where he plays piano. 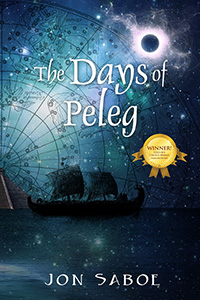 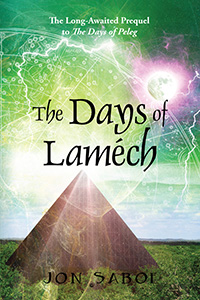