Slides to the Side 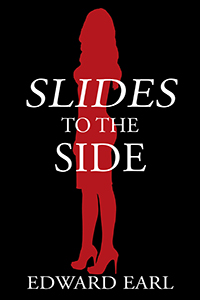 Slides to the Side

If Only She Could

As the youngest of three, Monica Crawford grew up heavily burdened at an early age. The unyielding pain and silence she knew left issues unresolved for years. As a manager, she is deliberate and ambitious, but uses her title to create discord in the name of power. What manner of power is she after? Many do not share her acclaim of self-respect and achievement. For the former Olympic athlete, her managing style becomes too much for several of her employees. Is there any peace and comfort around her? Not really. Life outside the workplace also has its issues. A single-mother of two, professional challenges, personal struggles, and the fading hope of finding a husband is the dark on the other side of her dim. Suddenly, an explosive and unthinkable family situation turns legal and flips the lives of those involved upside down. Now what?

It was more than a footnote within the organization of how quickly two top DSA employees resigned shortly after Monica arrived. Previously, the department had a history of stability and very low turnover. After the last resignation, a few DSA employees were convinced that Monica had no intentions of filling the open position. They suspected that she wanted staff to operate with five or fewer to save the department money, showcase how well DSA functioned, and be a shining star to the top brass. Atwater Alliance had been looking for ways to cut expenditures for some time, primarily for Engineering Services and business travel. One year later . . . another employee submitted her resignation. Her name was Bonnie Ferguson. She too, like Stephanie was leaving the company. Even though her performance was barely average, Bonnie’s dependability, experience, and encouragement resonated with her colleagues and others she encountered. She had been with the organization for twenty-three years, the last six with DSA. Just nine months away from her sixty-fifth birthday and retirement, Bonnie had hoped the time there would be a smooth transition into the next phase of her life. But how quickly that changed. Two days before submitting her resignation, she commented, “I really don’t want to go but I don’t want to stay either. My health wouldn’t be the same if I stayed much longer so I need to leave.”

Edward Earl is the author’s pen name. Born in Washington, DC, his writings include poetry with several Editor’s Choice Awards, a published opinion in the Washington Post, and several non-fiction writings towards the organization’s purpose. Edward Earl lives with his wife in North Carolina, and is currently writing the sequel.