A Haven Amidst Perdition 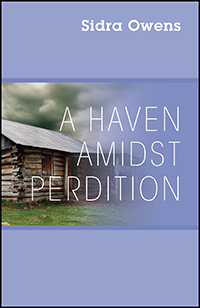 A Haven Amidst Perdition

Never could Eve have predicted that the death of her cow would reveal the depths of familial hatred, social terror, and unwavering love.

In the backdrop of the South in the 1940s, Eve, a mixed race girl in the deep country, has a not-so-memorable past and a less-than-hopeful future. Living with Mae Evelyn, her neglectful mother and Bear, her malevolent stepfather, Eve is forced to suffer physical indignities and abuses, in order to carry out the domestic duties, of which she is solely responsible. When Bear observes her having to put down the family cow, her courage and sorrow unexpectedly softens him towards her, allowing him to see the woman she is becoming. Hoping for a chance at autonomy, Eve attempts to work with her mother at the local courthouse, but winds up incurring the elder’s wrath, as Eve’s no nonsense personality ignites the interest of the hiring boss, Judge Latham Honeycutt. In a torrent of discovery, the slow burning embers of real love cause Eve to flee from her abusive home, running into the arms of uncertainty, where at every turn she guards herself against the fury of her mother, the uncertainty of her employer and the outright hatred from the society in which she lives. 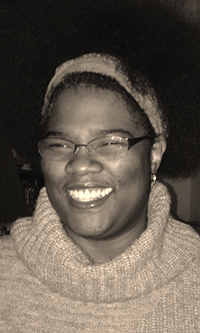 Sidra was born in Greensboro, North Carolina, but has spent the entirety of her life in the heart of the Piedmont. Having cultivated a love of reading in elementary school, Sidra was first introduced to writing when she had to write a mystery story in sixth grade. Albeit terrible, she discovered the magic that words and imagination could create. After surviving the lovelorn angst of teenage poetry, Sidra was introduced to table top role playing games, which slowly expanded her ability to develop a character and the world around them. By the time, she exited the University of North Carolina, and started a family, it was the characters themselves, who were clamoring for their stories to be told.