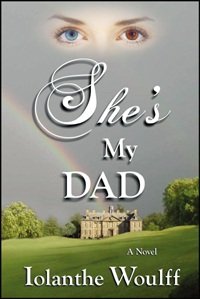 Nickie was brought back to awareness by the rumble of a car engine. She looked up and saw a black Mustang pulling in behind her Accord. Quickly she got to her feet, wiping her tear-streaked face and pushing at her disheveled hair.

The driver’s door of the Mustang opened and man wearing a leather jacket and dark sunglasses got out. He stood looking at Nickie for a moment then called out with kindhearted concern: “Having car trouble, ma’am?”

“Oh, no. Not at all.” Nickie smoothed her blazer and walked toward the man. “I was just...looking at the stream. It’s so beautiful.”

The man wrinkled his nose at her Honda. “Y’know, these Jap vehicles are supposed to be so reliable, but they break down all the time.” He pointed at the Mustang. “Now there’s a solid piece of American engineering. You ought to get yourself one of those. Pretty lady like you would look sexy driving a pony car.” His lips pulled back in a smile. “Yep, mighty sexy.”

The disquieting realization suddenly hit Nickie that she was isolated on a deserted road with a strange man who had twice used the word “sexy”. Trying to hide her nervousness she replied in a careless tone, “Well, I’m not really the sports car type.” She took a few steps toward her car then stopped as a second, much bigger blonde man emerged from the Mustang.

“No?” The man in the leather jacket looked puzzled. “What type are you?”

“The boring type. A schoolteacher. And actually I have an afternoon class I’m late for, so...” To her dismay Nickie saw the big blonde man stroll to her car and casually lean against the driver-side door. She swallowed and finished her sentence, “...I really should be on my way. But thank you for your concern.”

Nickie felt the short hairs on her neck rise and a surge of adrenalin flooded her system. “I’m afraid I don’t...Have we met, Mr...?”

“Just call me Friedrich,” chuckled the man, removing his sunglasses and folding them into his jacket. “You know, like Nietzsche.”

Badly frightened now, Nickie stared at the man’s navy blue eyes and recognized him as the one who’d come to her office for a sample syllabus. There was no doubt it was the same person. What had his name been? She was too scared to recall.

Nickie drew herself up. As firmly as possible she stated, “I really need to be going now.” She walked up to her car and addressed the big blonde man, who didn’t move. “Excuse me, please.”

“You ain’t goin’ nowhere.” The blonde man crossed his arms, leaned forward and laughed in her face. The sour smell of whiskey enveloped her as he added, “Bitch.”

“How thoughtless of me,” said the man who called himself Friedrich. Indicating the blonde ruffian: “Allow me to introduce my colleague, Dr. Cutter. He’s a very famous surgeon. Do you know what his specialty is?”

Nickie dumbly shook her head. She had never before experienced such a feeling of helpless dread.

“Sex-change operations.” Friedrich nodded solemnly. “It’s true. You know, he takes little boys and turns them into little girls. Did you ever hear of such a thing?” 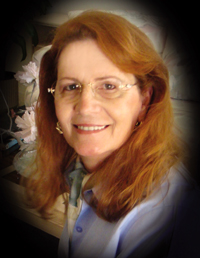