Shake Off The Snake

Making the Shift from Wearier to Warrior 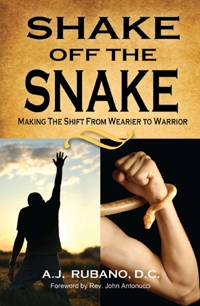 Shake Off The Snake

Making the Shift from Wearier to Warrior

Shake off the snake and step into your destiny!

Worry, fear, and frustration have a way of sapping the energy out of our life’s pursuits. Its time those weakened and wearied by the trials of this world got the upper hand. Shake Off The Snake is a guide for anyone who is suffering from the paralyzing effects of fear, anxiety about what the future holds, or frustration over unfulfilled expectations. True life stories and power scriptures help provide the inspiration and practical applications for living victoriously, even in the midst of the enemy’s attacks. Shake Off The Snake is real advice for real problems; encouraging the reader that overcoming the challenges in their path to happiness is not only possible, but actually God’s plan for their destiny. If your dreams have been choked by the cares of this world, you’ve been poisoned by a lack of advancement or the lies of the devil, or bitten by the betrayal of a close friend or relative you will see that the obstacles in your way, though meant for evil, are really stepping stones to the abundant life you have been dreaming about; as long as you are willing to shake off the snake.

In my study on snakes and the effects of snake poison

was an accomplished outdoorsman and yet surprisingly had

a very unique fear. This rough and tough man of the wild

could face off against a grizzly bear, scale vertical cliffs, go

for days eating nothing but nuts and berries, but he couldn’t

tolerate needles. Not surprisingly he had never been vaccinated

or given any type of injection his entire adult life. He

needle. According to the story he was traveling in the

rocky terrain when he stepped into a snake nest and received

a seemingly harmless bite from a baby snake.

As he continued to walk, however, he soon realized this

wasn’t a harmless bite, but the bite of a poisonous species.

He quickly radioed for help to a nearby ranger station. He

did everything he knew to slow the spread of the poison,

and sat down near a stream and splashed some water into

his face. He was always known to be an extremely well

times when in the woods. He even had a vile of snake antivenom,

for this particular type of snake.

That, though, is where this snake story takes a rather

sad twist. When the rangers found this man his heart had

already stopped beating. He lay dead with a full vile of

snake anti-venom and an unopened syringe on the ground

next to him, apparently too fearful to inject the one thing that

could have saved him.

Faith filled words POURING out of your mouth are

powerful and will produce the desired result because the

same words bound inside of you, are like the vile of antivenom

pierced through with the syringe. If you are going to shake

what you want, not what you see going on around you. 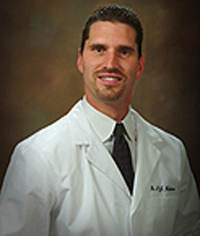 A.J. Rubano, D.C. has been in private practice since 1994. He has served as an elder at Faith Fellowship Ministries in Sayreville, N.J. and Fort Myers, Fl for over 10 years; and is a self -described man on a mission. His purpose is to fix hurting bodies and hurting hearts. Since turning his life over to Jesus Christ he has used his skill and influence as a Chiropractor to bring both physical and emotional healing to men and women of all walks of life. Dr. Rubano knows first hand the devastating affects of unrealized expectations, worry, betrayal, fear, and personal loss; more importantly, through his own life experiences, training in Chiropractic, and because of his understanding of the Word of God he realizes that everything in our natural world is subject to change for the better. Dr. Rubano is accustomed to providing his patients with solutions, often for problems traditional medicine has written off, and uses a practical approach to convey the message that you too can overcome anything and live a winning life. Dr. Rubano has been married to his wife Sonia for nineteen years, and the two of them have three children; Kyra, Philip, and Kayla.