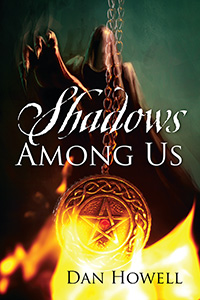 Baal was part of a righteous and spiritual order of elders on the planet Syrus. He believed in the order at first as he kept the laws and maintained order in the universe. As time went on Baal began to change. He believed the order and laws governing the universe were meaningless and trifling, and Baal became unscrupulous and rebellious. The order of elders no longer trusted Baal, and he was cast out from the order and driven from Syrus. Alone and angry, Baal wandered throughout the universe in search of worlds he could corrupt, command, and create his own order of evil and wickedness. He vowed to leave death and destruction in his wake on those who opposed him. His search led him to Earth.

On Earth a young boy named Tyler was haunted nightly by dreams of a dark and evil presence. This presence would torment Tyler during the night in his dreams and follow him by day. Tyler found no solace in his disbelieving parents and had to contend with his nightmarish adversary on his own. An angelic messenger visited Tyler one night in his room, warned him of Baal and his evil plan, and presented him with an amulet of protection. Emma, a companion he met at school, and Steve, a psychic and school janitor, joined forces with Tyler. Together they played an important role in courageously planning their own quest to battle Baal and stop him from taking over and destroying Earth. 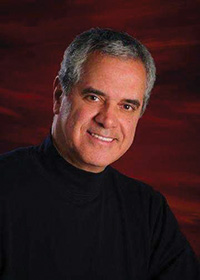 Shadows Among Us is Dan Howell’s first novel. Dan has read numerous books of mystery, horror, and the supernatural written by highly respected authors such as Stephen King, James Patterson, and many others whose books were a great influence and inspiration to Dan in beginning hiscareer in writing. Dan was born and educated in New York and currently lives in Orange County with his loving family and friends.