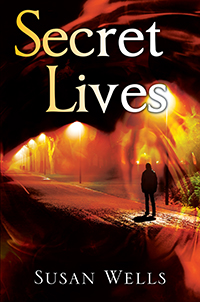 A knife attacking serial killer digs a hole to imprison his next victim. Tension mounts when Carolyn wakes, finding herself in the killer’s trap. A peeping Tom realizes the neighbor she’s watching has disappeared. Veteran Detective Waller and her new partner, Detective Garcia, discover the dark sides of suspects intertwined in the life of a missing Chicago suburban woman. The suspects in Secret Lives lead their investigation down divergent paths until, finally, uncovering a shocking, terrifying perpetrator. Does every beating heart in the hundreds of thousands of people keep a secret? Something dark and awful? Secret Lives brings together an abusive ex, a suspected sex offender boss, stalker neighbor, sexy best friend, foot fetish and more unforgettable characters, some hilarious, all with secrets, and full of suspense. All are intertwined in this action-packed story filled with flashes of tenderness and wit.

Perhaps I have been rescued. There’s a spark of hope. I don’t know if I’m going to laugh or cry.

“I have a sandwich for you.”

My empty stomach aches. Instinctively, I start to do what the strong voice instructs. I raise one arm up for the sandwich. “Please help me. Please get me out of here. I’m begging you.”

That’s when I see the glint of shining metal in his right hand. I gasp at the sight of a large hunting knife aimed at me. Without thinking I inhale a panicked breath. I know something terrible is about to happen. Fear floods me, sending warning signals to my brain. I jerk my hand back down just in time to see the blade swing.  I try to scream, but the noise doesn’t come out. Does he want to kill me? A shudder of revulsion moves over me. “NO!” I resist. Anger mixes with my fear. “I won’t do what you want! Don’t do this.” I’m appalled at the tremble in my voice. 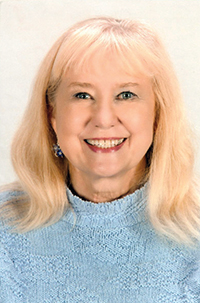 Susan Wells is a 2018 graduate of Citizen’s Police Academy. To write this true-to-life story, she consulted and interviewed police professionals, detectives, EMTs, and medical staff about their day to day procedures. She is currently writing a mystery/thriller titled “Samaritan Sins,” with the same detective team as Secret Lives.