Scars of a Painful but Wonderful Past 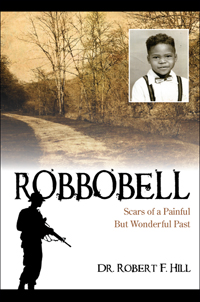 Scars of a Painful but Wonderful Past

Growing up poor and black in the segregated South, Robert knew he had to do something with his life if he was to avoid an eternal prison of poverty. Like so many others, he found an escape hatch in the United States Army. But then he got a whole lot more than he bargained for. Robbobell chronicles Robert's remarkable journey from messed-up kid to GI, drill instructor and finally, educator. This candid and often humorous memoir takes readers behind the scenes of black life in the 1950s South, when saying the wrong thing to the wrong person could earn a potentially dangerous rebuke. From there, the narrative moves to Robert's Army experiences as he yearns for a better life. Through boot camp, jump school and service in Vietnam with the 173rd Airborne Brigade, Robert learns the core values in wartime; staying alive and looking out for your buddies; don't include anything about race. What follows is an edge-of-your-seat narrative of survival spiced with the realities of drug use in the military during the 1970's and 80's. But with help from the Lord and Robert's beloved soul mate, Jackie, he builds an impressive, globetrotting military career; while never forgetting how to have a good time. Robbobell: The Scars of a Painful but Wonderful Past, is an unsantitized, enlightening look at the challenges faced by millions of African Americans during segregation. It is the story of how the Army molded a young man to withstand the enormous pitfalls of his time. And it is about an important period of American history that we simply cannot afford to ignore.

My mind flashes back to a town and time of innocence that has long passed, even for Jackie. It was a time when “yes sir and no ma’am” were the norm. Any other words coming out of a child’s mouth would have probably ended with a whipping. There have been times when I’ve prayed to be able to return to those days of innocence…. Back to those days of yester year! God has brought me through so much, and was at work in my life long before I started to praise Him. I’ve been told that until God “brings you through some things,” you don’t have a testimony. Well, I can testify all day long and part of the night! 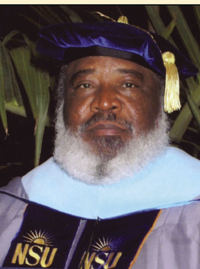 Dr. Robert Hill is retired from a 24-year career in the US Army, during which he served in numerous overseas assignments. After retirement, he received advanced degrees and is currently a teacher focused on enhancing opportunities for disadvantaged youth. He lives in Columbia, S.C.