A Baseball Fan's Journey across the United States (and Canada) 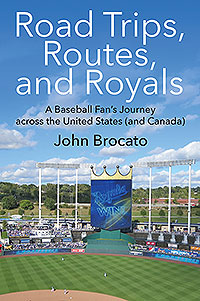 A Baseball Fan's Journey across the United States (and Canada)

As American as Baseball and Road Trips

From the trips as a small child to visit his grandparents in Minnesota and Arkansas, John developed an interest in discovering places along the way. Later on, John combined his fandom for the Kansas City Royals with his love for travel and began exploring the different baseball stadiums and many places along the way. This book takes readers through some of John’s most memorable baseball games, many involving the Royals. Of course, John has visited sports attractions such as the Baseball and Pro Football Halls of Fame—and the National Ballpark Museum in Denver. Unexpected things, some good and some bad, usually happen along the way. Through his travels, John shares experiences from major cities like New York, Chicago, and Toronto, and small towns located well off the interstate. Recollections include the best-known landmarks like Independence Hall and Space Needle and lesser-known wonders like the American Gothic Home and National Presidents Hall of Fame. Readers will discover a Michigan city with a unique name and the world’s largest version of a familiar household item. Road Trips, Routes, and Royals will make readers want to plan a trip and watch some baseball. 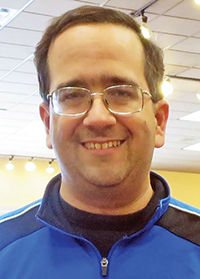 John Brocato had the fortune (or misfortune) of growing up a Kansas City Royals fan living in St. Louis Cardinals territory. John’s two primary hobbies are baseball and travel, often reflected in questions when he hosts trivia nights as charity fundraisers. John is a secondary math teacher who lives in Hazelwood, Missouri.