Why Won't You Talk To Me? 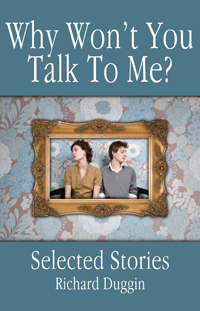 Why Won't You Talk To Me?

Here are 9 tales about the leavers and the left, the deceivers and the deceived, those searching and those sought after during the human heart's often painful and always conflicted hunt for love. These stories have been selected from among the many Richard Duggin has published in literary venues over the years, and they share in subject and theme our common struggle to communicate one to another what our deepest emotions have no language to express. 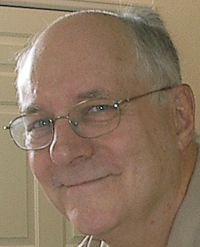 Richard Duggin teaches in the University of Nebraska MFA in Writing program. Several stories from this Selected Stories collection have been previously published in magazines and reviews and cited by Best American Short Stories, Pushcart Prize Anthology and Kansas Quarterly. A recently revised edition of his novel, The Music Box Treaty was reprinted by the Wayne State College Press Kloefkorn Series. Duggin was awarded a National Endowment for the Arts Fellowship, two Nebraska Arts Council Individual Artist Merit Awards, and artist residencies at Ragdale, Yaddo and the Anderson Center for Interdisciplinary Studies. He resides in Omaha, Nebraska.