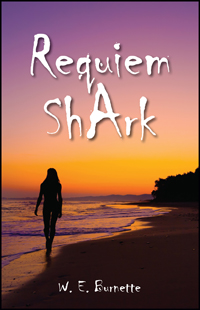 Requiem Shark is an adventure story with likable characters, an exotic setting, and a shark. The story goes something like this: When an old surfer is killed by a big bull shark off the Florida coast, an odd collection of footloose misfits is drawn to the beach where he died—two friends who served with him in Vietnam, two 30-something wildlife journalists drawn by the chance of a story to jumpstart their careers, and Kelli Ryder, a seventeen-year-old dropout with high school behind her and an uncertain future ahead, whose heroic attempt to take the shark’s victim away from it makes front-page news. Together they become an uneasy and contentious fellowship on a mission of revenge or redemption or renewal—none of them is sure which. And as they set out aboard a barely seaworthy 45-foot research vessel to hunt sharks, Kelli’s selfless courage and obdurate optimism rekindle long-extinguished fires in her older companions. She leads them on an odyssey down the Indian River Lagoon through one of the most diverse coastal ecosystems in the world, westward on the Okeechobee Waterway into a hurricane clawing its way ashore on the Gulf Coast, and onto a sun-blasted inland sea on the edge of the Everglades where they confront—in the form of the very shark that Kelli has already faced once—their pasts, their problems, and their destinies. 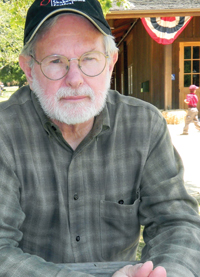 W. E. Burnette is the author of The Long Roll. He has been a soldier, a college teacher, and a marketing writer. A native of Bee Tree, North Carolina, he currently lives in Boulder Creek, California, works in Silicon Valley, and writes fiction in his spare time.