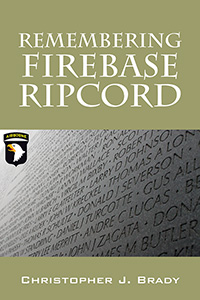 The 101st Airborne Division battled to survive a fierce enemy, Vietnamization and a media blackout

From March 12 to July 23, 1970, the 101st Airborne Division battled to hold a mountaintop firebase just west of the A Shau Valley in a time when Richard Nixon’s Vietnamization was pulling troops from Vietnam. The four-and-a-half month battle claimed over a hundred American lives and featured one of the Army’s largest air evacuations in history. Accessible only by helicopter, Firebase Ripcord and the surrounding triple-canopy jungle was rife with well-trained, well-equipped soldiers from the North Vietnamese Army. Sent out to find the enemy, firefights mounted until a siege of the firebase erupted and ran throughout July. Casualties escalated and a decision had to be made. Veterans of Ripcord have lived in the shadows for decades. Remembering Firebase Ripcord features the recollections of some 200 veterans of the battle. Thanks to a media blackout that stemmed from the carnage the 101st suffered just months prior at Dong Ap Bia (Hamburger Hill), many of these stories lived only in the hearts and minds of those who were there. To this day, Ripcord veterans meet by the hundreds annually. They share a unique bond that could only have been formed in the heat of fierce combat half a world away from home during a time that much of America had turned its back on the soldiers still charged with fighting a fierce enemy. Fueled by a desire to clear misconceptions and the wide array of misreporting that arose during the Vietnam era, Brady delved headlong into research associated with Remembering Firebase Ripcord in 2013. 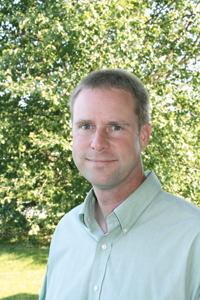 Born at Fort Carson, Colo., while the Vietnam War was still winding down, Chris Brady lived much of his life in the dark when it came to the extent of combat his father saw in the jungles of I Corps, South Vietnam. Once he became aware of the Battle For Firebase Ripcord, he dedicated his efforts to bringing to light the sacrifice and heroism of the men of the 101st Airborne Division during this trying time in American history. Brady has interviewed hundreds of combat veterans during the course of his nearly two decade career in journalism. In May 2015 he earned the Community Impact Award from the SUN (Snyder, Union and Northumberland counties, Pa.) Area Chapter, American Red Cross, for his 52-part series dedicated to Vietnam veterans. He lives in Central Pennsylvania with his wife and two children and remains committed to telling the stories of veterans.