A biographical novel about Susanna and Almeron Dickinson 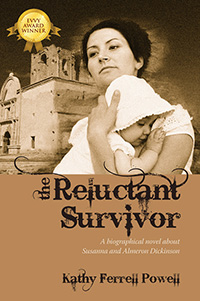 A biographical novel about Susanna and Almeron Dickinson

Susanna Wilkerson was barely fifteen years old and knew nothing of the world outside her small town of Bolivar, Tennessee when she fell in love with the new blacksmith. Almeron Dickinson was a disciplined military man who prided him self on thinking through every decision. Tennessee was a stepping point until he could get to Texas. Texas was a rich but empty land. The Mexican government refused to sell to the United States, but came up with a plan to allow American colonists to settle the land. From the beginning of their romance, events spiral out of control and they get caught in a web of revenge that finally leads them to escape to Texas. They are happy and devoted to each other in their new home. Unwillingly, they find themselves embroiled in the rising political unrest of Texas. Slowly it becomes obvious that they can not escape past decisions and an extraordinary fate overtakes them against the backdrop of Texans' struggle for independence. 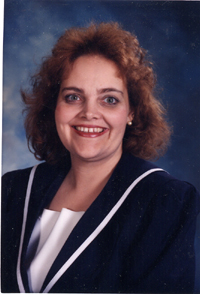 Kathy Ferrell Powell is a native Texan currently living in Richardson, Texas. Besides history, she likes to travel and is very involved in genealogical research.