GOD SAID LET THERE BE LIGHT AND THERE WAS “LLUMO” 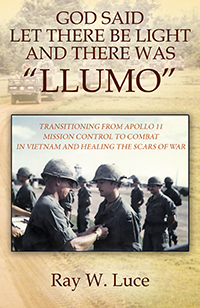 GOD SAID LET THERE BE LIGHT AND THERE WAS “LLUMO”

Ray W. Luce spent three years working in the U.S. space program during the Gemini and Apollo programs, culminating with Luce being present in NASA’s Mission Control Center in Houston when Apollo 11 made man’s first landing on the lunar surface July 20, 1969. Additionally, during Apollo 11 Luce was drafted, and seven months later was carrying an M16 in a mechanized infantry unit fighting in Vietnam and Cambodia. This book is the result of Luce’s desire to reconcile the disorienting mental juxtaposition of experiencing these immediately successive and disparate events, one the ultimate manifestation of man’s unquenchable drive to explore and his endless technical abilities, and the other a reminder of man’s destructive nature and the resulting brutality.

During 2016, after forty-six years of dealing with the mental dissonance resulting from these spiritually-opposite indelible experiences, Luce returned to Vietnam and Cambodia. There he found closure. Following is a passage from Luce’s recount of that experience. “Imagine that a long time ago you were reading the only copy of the most vivid novel you ever read. And just as you got to the last chapter you lost the book. For the next 46 years you’ve wondered how the story ended. Then one day you find the book and read that last chapter. And it’s the best ending you could possibly have imagined. With a peaceful sense of satisfaction, you close the book and put it back on the shelf.” 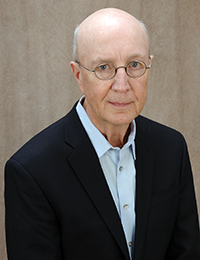 Ray W. Luce earned a Bachelor of Arts degree and a Doctor of Jurisprudence degree from the University of Houston. Luce is a member of the Veterans of Foreign Wars and the American Legion. He has been married to Anita Luce since 1979 and they live in a Houston suburb.