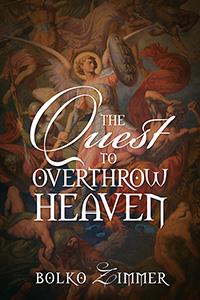 A dramatic retelling of the fall of man—and the ultimate confrontation between good and evil.

The Quest to Overthrow Heaven begins at the dawn of time in a fully realized universe populated by seraphim, cherubim, and countless angels—all with their own agendas and allegiances. However, the cherub prince, Lucifer, becomes filled with vanity and wants to be renowned as the Supreme Spirit, who rules over all. Before long, Lucifer rebels against the Supreme Spirit and convinces a third of the angels to follow him. The fallen angels begin an endless reign of evil, enticing mankind to commit every imaginable sin. The actions of the demons also give rise to giants who terrorize humans, and monstrous beasts which destroy everything in their path. In a world of growing wickedness, the archangel Michael and half of his angels are sent to earth to watch over and protect virtuous people. But the angels soon confront legions of armed demons who slaughter most of them. Only Michael and another angel escape. The demons believe they have the upper hand and decide to attack heaven. A massive battle ensues between the forces of evil and legions of angels in which the outcome conclusively determines who will rule heaven forever... Blending a biblically based foundation with extraordinary dramatic insights, The Quest to Overthrow Heaven is required reading for Christians, Bible scholars, and anyone who loves the greatest story ever told. 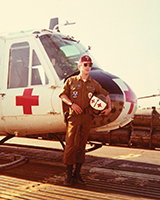 Bolko Zimmer spent 21 years in the United States Army, where he reached the rank of lieutenant colonel, and 26 years as an adjunct professor. He holds a PhD in Educational Human Resource Development from Texas A&M University and completed his dissertation on prison ministries. He has taught at Webster University, Wayland Baptist University, and Union University, and has published several articles on health-care administration and faith-based programs. Dr. Zimmer has also served as president of the board of directors for the Bexar County Detention Ministries in San Antonio, Texas. Dr. Zimmer and his family live in Humboldt, Tennessee.