Prison Chaplains on the Beat in US and UK Prisons 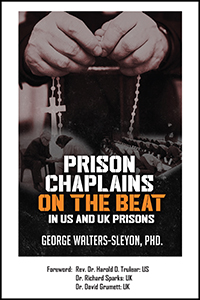 Prison Chaplains on the Beat in US and UK Prisons

Aging, dying, and death reflect the plights of prisoners in the modern prisons of the United States and the United Kingdom, and prison chaplains are no strangers to these dilemmas.

“Powerfully combines historical and empirical approaches to religion in prisons. Brings new understanding of the pastoral and prophetic roles of prison chaplains and launches a searing ethical critique of mass incarceration. The comparisons between the United States and Britain are instructive for current and future prison policy in both locations.”
Dr. David Grumett, School of Divinity, University of Edinburgh, UK

“George Walters-Sleyon’s *Prison Chaplains on the Beat* offers a new perspective on the predicaments of contemporary penal politics and practices, especially their racialized harms. Chaplains are both observers of and participants in the contemporary prison scene, and their perspective is a special, but hitherto under-reported one. By reconsidering our carceral condition through this lens, Walters-Sleyon illuminatingly re-states the moral and political challenges of mass incarceration.”
Dr. Richard Sparks, School of Law, University of Edinburgh, UK 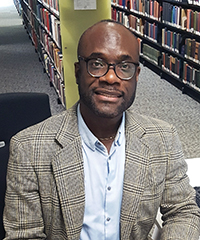 Dr. George Walters-Sleyon is an author, professor, and speaker. He earned his Ph.D. from the University of Edinburgh in Scotland/United Kingdom, where he studied: Comparative Criminal Justice/Criminology, Practical Theology, and Applied Ethics. George has a Master of Divinity and a postgraduate Master from Boston University in Philosophy, Social Ethics, and Religion/Theology. He is an Associate Fellow of the Higher Education Academy (AFHEA) of the United Kingdom and a Distinguished McDonald Fellow at Emory University’s Center for the Study of Law and Religion.

As an author, George has published three books. most recently: