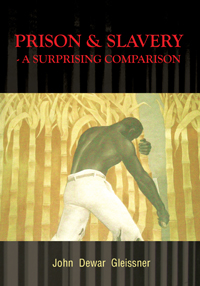 * The U.S. has 5% of the world’s population and 25% of its prisoners. * In 1840, the U.S. had 2,487,455 slaves. * In 2009, the U.S. had 2,424,279 prisoners of all races. * Today, African-Americans in the correctional population, including those on probation and parole, outnumber all U.S. slaves in 1850. * The modern American prisoner is 20 times more likely to commit suicide than the antebellum slave. A surprising comparison using thorough research proves that modern mass incarceration is an unrealized social and financial disaster of mammoth proportions – while antebellum slavery for most U.S. slaves was not as inhumane as many believe. This historically accurate book contrasts the modern American prison system with antebellum slavery. You will hear from hundreds of ex-slaves in their own words and learn the gruesome facts about our modern correctional population of 7.3 million Americans. In the Old South, outlaws were generally white people, while slaves were considered safe and never incarcerated – race and crime are not truly related. The author proposes racially neutral reforms to reduce and improve incarceration through discipline and hard work, substantially helping taxpayers, victims of crime, our “new age slaves” in prison and the American economy. This book contains the only practical market-oriented, faith-based solutions to what the NAACP’s president now regards as the greatest major crisis in our democracy, mass incarceration. Forget stereotypes. The facts will surprise you. 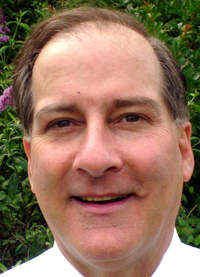 John Dewar Gleissner graduated from Auburn University (B.A. with Honor, 1973) & Vanderbilt University School of Law (J.D., 1977). Mr. Gleissner lives in Birmingham, has two daughters, is well read in historical, behavioral, and legal topics, and is a successful trial attorney. He hosts the blog "Incarceration Reform" @ http://incarcerationreform.blogspot.com/ and has published 50 e-zine articles to support prison reform in addition to Prison & Slavery - A Surprising Comparison.