Faces in the Rain 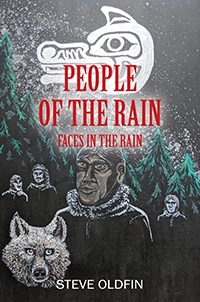 Faces in the Rain

We all live our lives, day in and day out, trudging on, rain or shine, believing we have a firm grasp on reality. In this second book of the saga, our young hero Alex, has had that perception turned upside down as he discovered he has psychic abilities facilitated by the moisture in the air, more moisture, more power. That revelation however, has dropped him right in the middle of a raging battle between those gifted individuals who choose to live out of the limelight, using their abilities judiciously and an organization referred to as “Scanners” who hunt the gifted, using captured and brainwashed gifted individuals as their trackers. Alex’s powers grow quickly under the tutelage of “John,” who is possibly the most powerful of their kind and a highly respected medicine man amongst all the Salish speaking tribes of the northwest United States and the southwest region of Canada. John, Alex and their cadre of gifted individuals race the clock to organize all gifted people to come together, against the “Scanners.” Hiding in plain sight they organize a massive get together for all the gifted people they can find. Standing together, a gifted army does battle across the downtown heart of Seattle against the largest group of “Scanners” ever seen and in the process; they manage to flush out the person behind the diabolical on slot against the gifted. As the struggle rages, friendships are forged, new manifestations of the gift are discovered and romance is kindled. In the pursuit of those who have waged this secret war against the gifted, John and his group find themselves deep in the wilds of Alaska as the investigate the goings on at the HAARP research facility and at the same time, the underground Seattle, once a meeting place and sanctuary for the gifted is reopened after laying dormant for a hundred years. In the midst of everything else, John continues his struggle to convince those of his fellow First Nations people who do not approve of him training non First Nations people to develop their gift. For generations untold, the gift of the rain was a closely protected secret of the First Nation people alone. Eventually they must all face the judgement of the Sasquatch people who care little for the goings on of people but are perhaps the origin of the gift itself. 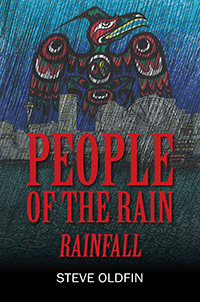