A New Beginning on Whidbey Island 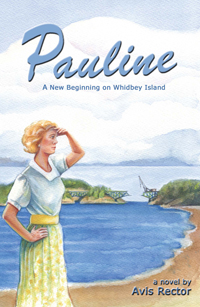 A New Beginning on Whidbey Island

When Pauline first sees the house, tears well up in her eyes and in a trembling voice she says, "Fred, that house... it's not at all what I expected. It's so small. It looks like a shack." Faced with the hardships of the 1930's, Pauline and Fred come from Michigan to Whidbey Island, one of many islands nestled in Puget Sound in Washington State. The young couple arrive in 1934 as the construction of the Deception Pass Bridge begins. Embraced by new friends in the farming community of Cornet, they work to make a new home while surviving disasters and adapting to the adventures of rural life. Pauline befriends a young man in the Civilian Conservation Corps and seeks to unravel his mysterious past. The story ends with the celebration of the bridge dedication in 1935. "Poetic language, beautifully done!" --Dorothy Read, Author of End the Silence "An elegantly written story of both a woman and an island." --Victoria Farrington, MFA

Whidbey Island has been home to Avis Rector all her life. She and her husband, both retired teachers, enjoy life on their cattle farm. Gardening and walks on the beach are her favorite hobbies. She is the author of the children's book, Carl Helps on the Farm.