Building Relationships in the Classroom 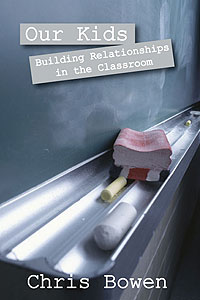 Building Relationships in the Classroom

They graze in and we help them become more. We find the small dreams that wisp through our doors and feed them when no one else will. And we make dreamers out of those that thought they had no business dreaming at all. Come spend some time with Chris Bowen and our kids. The days are flawed, at times chaotic, but always beautiful. Learn about the latest generation of public school kids and learn how you can build meaningful relationships with all kids, whether they're the ones in your home, your classroom, or simply the ones that just pass through your life. Because, in the end, they are all our kids.

But, come September, I've gotten a little of the old magic back. And, I spot him. First day, first moments, I spot him. He's fidgety. About to slip right out of his skin. This school business is a bit much for the poor guy, and I can feel it. I decide to break all the rules about making friends. Eagerness, I feel, isn't such a bad trait after all, and besides that, I've got a year of active service under my belt now. So, when the moment arrives I just leap in.

I'm passing out books and forms and supplies. It's a year's worth of this and that.

"This is hard work," I tell him. "Last year I had this best friend, Jose. Do you know Jose?"

"I remember that guy," he says.

"Yeah, well, Jose moved, so I need a new best friend to help me with this sort of stuff."

"I can be your best friend," he says, jumping straight up out of his seat. He too, doesn't see eagerness as such a bad thing.

"Ok," I say. We hand out books and forms and supplies. He even stays to pick up after some kids. It's a simple thing to do...for a friend. And so the year begins. They're getting shorter. The more of yourself you invest, the faster the school year goes through you. But there's no need to give that much thought just yet. I've got a speed round of "Rock-Paper-Scissors" waiting on me. Does anyone ever have friends like the ones they had when they were kids? I do. 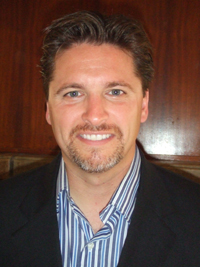 Chris Bowen has been the Teacher of the Year for his school, for his school district, and was most recently honored as Teacher of the Year for Los Angeles County. Los Angeles County currently employs over 80,000 teachers. His most important key to success with children is building that personal relationship with each child. There is a huge difference between being tough and being strong. Anybody can be tough with a nine year old. But, it takes the strength of patience, empathy, and honesty to build the more effective, lasting relationship.