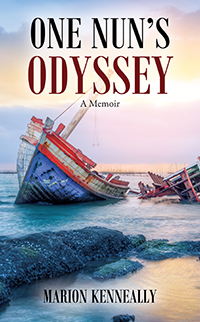 Marion Kenneally entered a semi-cloistered convent of teaching nuns in 1952, at the age of eighteen—believing herself called by God. After three years of novitiate training, she pronounced her vows and began teaching elementary grades in various parochial schools in New Jersey, Baltimore, Fall River, and New York. During the last two years of her life as a nun, Marion matriculated in a program of religious studies at Fordham University, where she enjoyed exposure to many European theologians who proffered enlightened views on religion. She was especially moved by the book Honest to God by the Anglican Bishop Robinson of London, and hearing Swiss theologian Hans Küng speak at Fordham. Ultimately, Marion found herself questioning the tenets of the Church—the essence of Catholic teaching—and in 1968 rejected her faith and the life she had led for sixteen years. One Nun’s Odyssey is Marion’s eloquent and unforgettable memoir—the story of her years in the convent, what motivated her to choose the life, why she stayed despite personal struggles, and what impelled her, finally, to seek a dispensation from her vows. 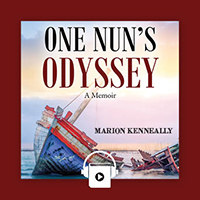